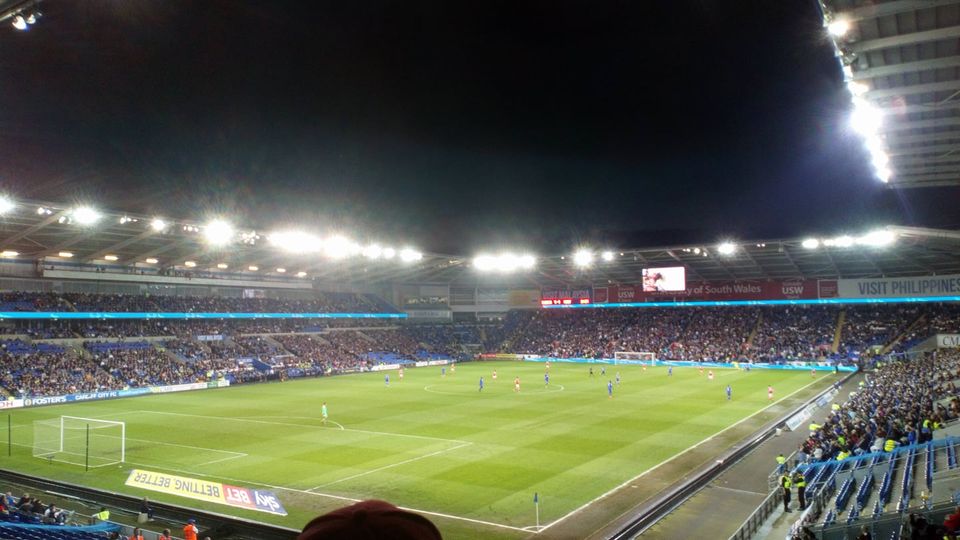 FOOTBALL clubs in the premier league and championship will be able to have safe standing areas from January next year as part of a pilot scheme.

It has been illegal for fans to stand while watching their football teams play for more than 25 years.

But now certain clubs – understood to include Cardiff City FC – will take part in a trial before the UK Government decides its next steps.

The Welsh Conservatives, and the party’s leader Andrew RT Davies, have welcomed news of the trial, having led the campaign for safe standing in Wales for many years.

The party were also successful in getting a motion passed in the Senedd backing a pilot scheme in 2015.

Welsh Conservative Shadow Minister for Sport, Tom Giffard MS, said: “Any steps to remove the outdated standing ban must be welcome as it is doing nothing but punishing football fans in today’s society.

“Football fans want to have the choice to stand, and we have come a long way from the old 1980s terraced stands. We now have the ability and resources to make this happen safely.

“I hope this trial is a success and will lead to more safe standing within stadiums across Wales and the rest of the UK.”

Welsh Conservative leader, Andrew RT Davies MS, added: “I am pleased to hear a trial will get underway from New Year’s Day, having campaigned on the issue for many years.

“Safe standing areas have proved successful in the past, and now is the time to give the fans what they want and reintroduce them.

“We don’t see standing banned at other events such as concerts and rugby matches, so I can see no reason why it shouldn’t be returned to football as soon as possible.”