Home > Sport > Siwan: We can build on Japan win
Rugby 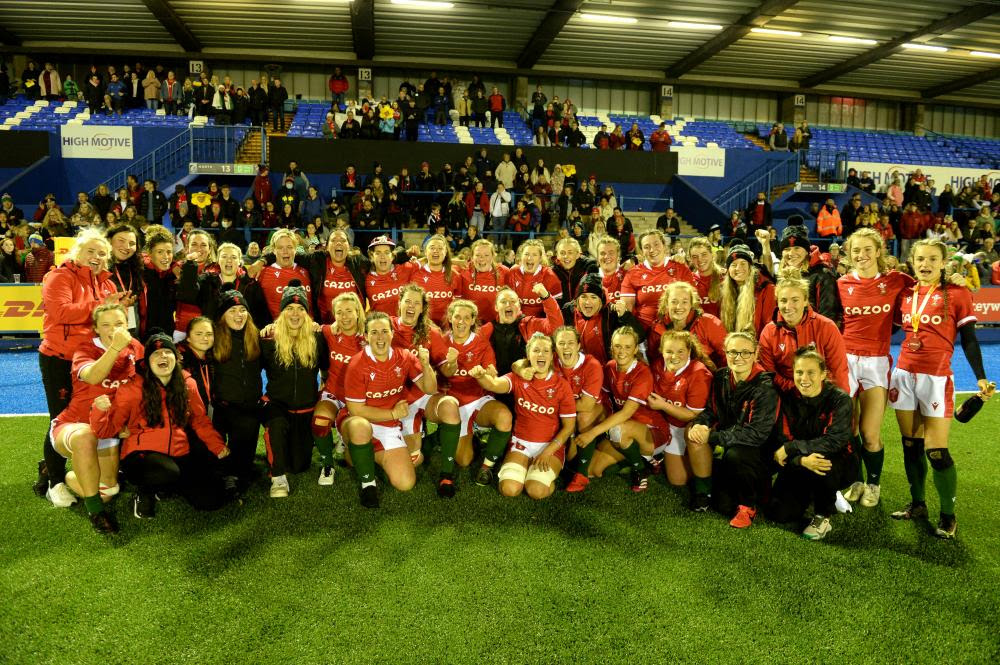 WALES Women’s captain Siwan Lillicrap believes her team are “going places” as they look to back up an opening autumn win over Japan against South Africa on Saturday.

Bristol Bears No 8 Lillicrap scored the opening try in Wales’ 23-5 success over Japan. The next opponents for Ioan Cunningham’s side at Cardiff Arms Park are the Springbok Women.

Lillicrap and her team-mates are fully focused on that challenge.

“The Japan win was massive. I am so proud of the girls and it was a massive relief,” Lillicrap said.

“There was added pressure because it’s been so long since we had a win, but the girls have been grafting hard. That win wasn’t just about the 23, it was about the full squad that has been training with us. They’ve helped push the standards up. This is a special squad and we are going places.

“All the announcements and everything happening behind the scenes is massive. The Japan win was for everyone who has believed in us and showed faith in us.

“It was a massive win for us and we can really build on this now. We are a great squad with good individual players.

“To put in a team performance together was massive and this is just the start of our journey.”

Wales Women’s side are now under the guidance of head coach Cunningham and he will take the team through to next year’s Rugby World Cup in New Zealand.

Lillicrap is excited about her side’s journey to that tournament which includes two more autumn games against South Africa and Canada and then the 2022 Women’s Six Nations.

“I think we are in a different place to where we were before. We’ve got new coaches and we know we’ve got some consistency moving forward,” she said.

“Our set-piece against Japan was so much better than it was before as was our physicality. Maybe there were some opportunities we left out there.

“Is that a bad thing? No, because we can work on that.

“We created some opportunities and we need to learn to execute those moving forward. I’m looking forward to the week ahead and we learn, grow and adapt. “We couldn’t fault the girls at any time even though Japan pressurised us.

“Everyone put in a good shift. I’m excited for the week ahead, the week after that, and beyond. The key thing is momentum and how we grow and develop moving forward.”

Lillicrap believes playing in front of a crowd gave her side a real boost.

“The crowd was special against Japan. They made a lot of noise and really got behind us.

“It was the first game in 18 months with a crowd and it felt special. I just hope more people come to watch on Saturday and the week after because it was a good demonstration of what Welsh Women’s rugby is about. We are going places and the more of the Welsh public who come and support us, the better. We take on South Africa this week and it’s going to be a different challenge.

“They are a big physical side and we are going to have to review our game and look at where we can improve. We need to think about our gameplan around that as well.

“That’s exciting. We are going to be faced with similar scenarios at the World Cup next year with short turnarounds and different opposition.

“It’s a good challenge for us to have and we’ll see how we grow and learn.”

“Firstly, we’re really happy with the performance we put in against Japan. We executed what we set out to do which is pleasing and it shows we can build on the performance,” said Cunningham on the Japan win.

“But we have to move on quickly. We reviewed the Japan game on Monday, but we’ve parked that now and all our focus is on South Africa and what we need to take into that game.

“We need to make sure we freshen up because Japan was a tough match.

“We need to make sure we perform on Saturday. It’s about fine-tuning. We don’t need to change too much and don’t need to cloud the minds. We just need to freshen up and go again.

“It’s going to be exciting. It’s an early kick-off on Saturday so it’s going to be a different preparation, but it’s about getting excited to build on what we’ve done.

“The girls deserved the win against Japan because they’ve put a lot of hard work in. Hopefully we can get across the line on Saturday too.”

Tickets for Saturday’s game are available via www.wru.wales/waleswomen

Cardiff City to be part of safe standing trial