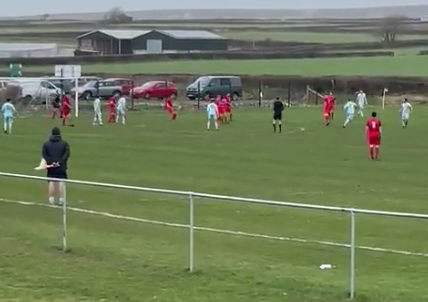 SOUTH GOWER proved too strong for Bwlch Rangers on Saturday (Feb 5) as they earned a 5-1 win to go through to the quarter finals of the West Wales Cup.

The West Wales Premier League side were ahead after just four minutes thanks to Ieuan Priede’s goal.

The Carmarthenshire Premier Division side remained well in the game though and they levelled on the stroke of half time through Clayton Jenkins.

It looked like that goal would send the sides in at the break on level terms but South Gower had other ideas.

In injury time, Will James found the back of the net to give the home side a 2-1 at half time.

The next goal would prove crucial and it went the way of South Gower ten minutes into the second half.

The ball fell to Kieran Savage on the edge of the box and he fired it into the roof of the net to make it 3-1.

Bwlch were still in the game but with three minutes to go sub Jamie Cadogan scored to all but put the tie to bed.

Two minutes later the home side were given a penalty and Bruno Morris scored it to make the score 5-1.

The scoreline was harsh on Bwlch but it is South Gower who now look forward to the next round.

Re-branding of youth game a watershed moment for Welsh Rugby

Watch every Wales match in UEFA EURO 2020 on S4C