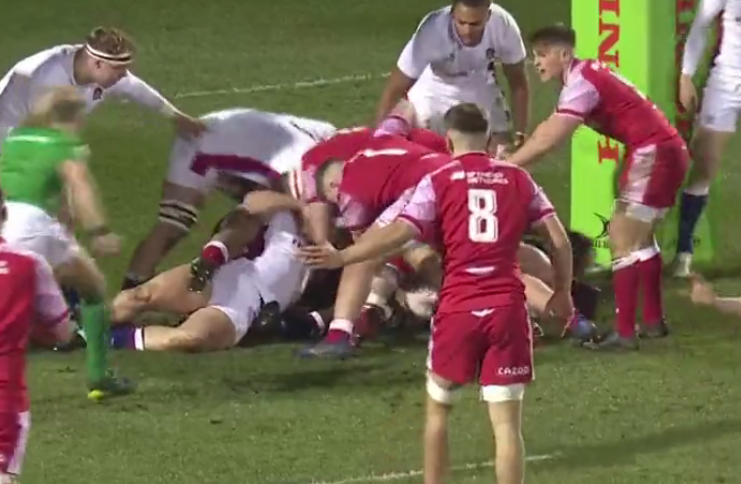 WALES Under 20s suffered defeat on Friday night (Feb 25) as they were beaten 43-14 by England in Doncaster.

However, with just two minutes on the clock it was Wales who got the first try of the game.

From a line out Wales edged closer to the try line and after being held up, Rhys Barratt picked the ball up and dived over to score, catching the English defence off guard.

The conversion was successful and Wales had an early 7-0 lead.

With 22 minutes gone England got themselves on the scoreboard with a penalty.

Six minutes later though the home side were ahead as Henry Arundell touched down. The conversion was missed.

On 30 minutes things took a turn for the worse for Wales as captain Alex Mann was shown a red card for a high tackle.

Shortly before the break England extended their lead as Finn Theobold-Thomas touched down following a driving lineout.

The conversion was successful and it gave England a 15-7 half time lead.

Early in the second half England got their third try of the game as No 8 Emeka Ilione evaded the Welsh defence to touch down between the posts. The conversion was successful.

Seven minutes later though Wales hit back as Benji Williams snuck over and Jac Lloyd added the extras to bring the score to 22-14.

Any hopes the Welsh had of a comeback were soon dashed though as three minutes later England scored again. This time it was Will Hobson who went over for the converted try.

On 66 minutes Deago Bailey was next to go over for England as he took advantage of the extra space out wide to score.

Three minutes later they had another as Arundell showed his pace, running almost the length of the pitch to score his second try of the evening.

That proved to be the end of the scoring as England held on for the win against the gutsy Welsh side.

Wales now sit fourth in the Six Nations table with their next match at home against France taking place on Thursday, March 10, kick off 8pm.

Wales will not play Russia 'at any level'

Cardiff aim to bounce back from Watford defeat against Stoke