Home > Sport > Swansea come from behind to earn a point
Football 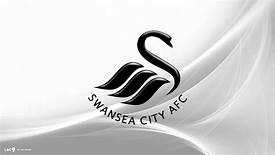 SWANSEA CITY came from two goals down on Saturday (Apr 17), as they earned a 2-2 draw with Wycombe Wanderers at the Liberty Stadium.

The Wanderers are all but relegated but, to their credit, have not given up and have continued to battle for points.

Liam Cullen had only just returned to the side following an injury but, having scored two goals in his last game in the FA Cup hammering of Nottingham Forest, he picked up where left off as he scored to earn his side a point.

There was an early blow for the home side as Andre Ayew was forced off with an injury but it meant that Wayne Routledge would come on for his 300th appearance for the Swans.

Connor Roberts had a chance to put the Swans ahead but Wycombe keeper Stockdale made a good save.

Moments later, Connor Hourihane tried his luck from distance but he fired wide of the post.

The visitors then had two great chances to take the lead as first Admiral Muskwe saw his effort blocked before Adeniran sent a close-range effort just wide.

Routledge looked to mark his landmark appearance with a goal but it wasn’t to be as he saw a tame effort saved by Stockdale.

It remained goalless at the break but it didn’t take long for the deadlock to be broken in the second half.

Just a minute in, Wycombe played the ball around neatly and tehe final pass went to Muskwe who fired a shot into the bottom right corner from just outside the box for an excellent goal.

The Wanderers almost made it 2-0 soon after but Anthony Stewart saw his header headed onto the bar by the Swansrea defender.

However, Garath McCleary made his way into the box and drilled a low shot into the net to give his side a deserved second.

Jamal Lowe then saw a shot blocked by Stockdale and the rebound fell to Routledge but his effort was cleared off the line.

With ten minutes to go, the Swans were awarded a penalty as Wycombe’s Jason McCarthy slipped and handled the ball. Lowe stepped up and fired the penalty into the roof of the net.

Three minutes later, Connor Roberts sent a cross towards the back post and Liam Cullen showed good desire to get to the ball and head home to level the game at 2-2.

There was still time for more action and Wycombe very nearly scored a third. Fred Onyedinma’s header hit the post and the ball fell to Muskwe but the striker put too much power in his effort as he fired wide of the goal.

The Swans appealed for a late penalty but nothing was given and both sides settled for a point.

Cardiff earn a point in McCarthy’s 1000th game in management