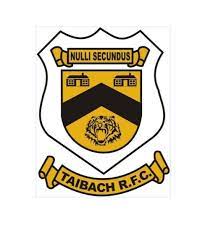 CWMGORS are still looking for their second victory of the season after being well beaten on their trip to Taibach in Division West Central (A) on Saturday afternoon (Mar 26).

With a stiff breeze behind them in the first half, Cwmgors kicked off with the wind at their backs, but sent an early penalty chance wide of the mark.

Taibach opened the scoring with a 12th minute try from Ryan Price converted by Aaron Jones, and as they dominated the opening half, a further brace of tries, scored by Craig Clement and Aaron Jones, were concended by the visitors; the bonus point soon arrived with Ryan Price scoring, leaving the Cherries with a mountain to climb, at 26-0 adrift near half time.

However, a glimmer of light came for Cwm on the stroke of half time when some good forward pressure from the visitors created the opportunity for Steff Phillips to score a try in the corner.

Cwmgors did not manage to concede further for a large period of the second half, but unfortunately, they folded late on as the home side wrapped up a convincing victory with three unanswered tries.

Again, Cwmgors battled to the end, and, now trailing 45-5, some excellent driving play from the Cherries engineered a deserved try as Owen Wright went over ten minutes from time.

However, the home side had the final word, aptly, and a late try from Price, to complete his hat trick, just sealed matters.