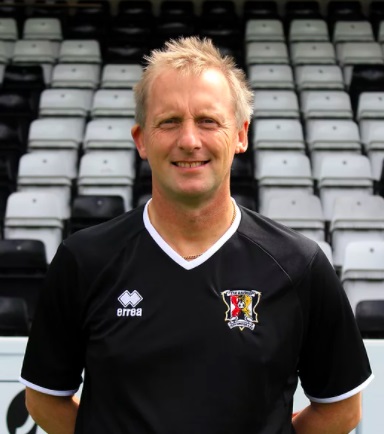 In a statement, the club expressed its thanks and gratitude to David, also known as ‘Pixie’, for his time at the club and wished him well for the future.

They added that they would not be making any further statements at this time.

Dave, who was born in Wrexham, is a well-known figure around the Druids community.

He has almost 20 years of experience playing within the Welsh Football Pyramid including a season for the Druids in 1999/2000. He played for a number of Welsh teams including Porthmadog, Newtown, Holywell Town, Conwy United and Inter Cardiff.

Following his football career, he managed one of his former teams Caersws FC in the Welsh Premier League before becoming assistant and first team coach at the Druids, where he has remained for almost 8 years.

Taylor is the second person to depart the club this week after it was announced on Wednesday that they had parted company with coach Bruno Lopes.

The Druids currently sit bottom of the Cymru Premier table but they are only two points behind tenth placed Aberystwyth Town.

Virtual Ride to The Rugby for Tŷ Hafan