Home > Sport > The next Raducanu? The Swansea 14-year-old taking the tennis world by storm
Sport

The next Raducanu? The Swansea 14-year-old taking the tennis world by storm 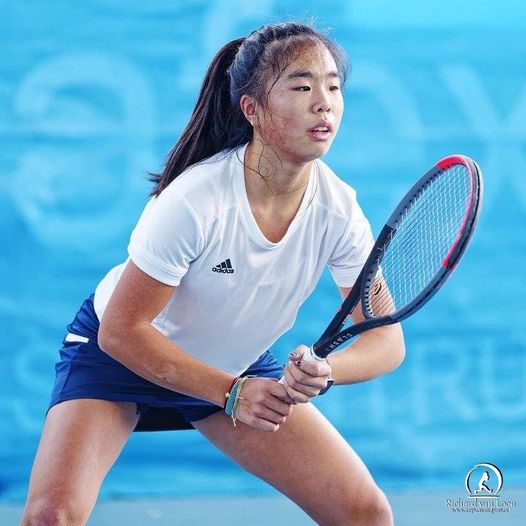 WINNER of the 2022 Tennis Wales Player of the Year Award, Mimi Xu, is set for tennis stardom.

At just 14, Mimi became the youngest player to ever enter Junior Wimbledon after being awarded a wild card opportunity by the All England Club.

The decision was based on her potential and her successes at the time, and she’s continued to thrive since – making her a worthy winner of this year’s Tennis Wales Player of the Year Award.

Nominated by members of the tennis community, individuals awarded at the Tennis Wales awards have been recognised for their unwavering talents within the tennis world. With each displaying their own notable qualities, the awards ceremony – hosted on March 5 at St David’s Hotel, Cardiff Bay – celebrated their achievement.

From winning her first U18 International event in Loughborough in September by achieving both the singles and doubles titles, to becoming the U16 GB Girls Doubles Champion, Mimi has showcased extensive skill and dedication within her craft.

Following such a successful season, previously unranked Mimi has now been recognised with a World? ranking of 323. Following in the footsteps of her hero Emma Raducanu, Mimi’s ranking is set to continue to rise this year as her 2022 success begins.

Mimi’s nominator said: “Although she is only 14 years old, Mimi is one of Wales’ best prospects for the future. She has had a successful year both in domestic and international events, and everyone is so proud.”

Involved in tennis since early Primary School age, Mimi first started playing at Swansea Tennis & Squash Club with Dai Williams before moving into a comprehensive programme under the guidance of Fran Lewis at Swansea Tennis Centre.

Now a full-time student at the LTA National Academy in Loughborough, Mimi regularly plays for Team GB and represents Wales at national and international level – travelling across the UK and Europe for competitions.

Simon Johnson, CEO of Tennis Wales, said: “The Tennis Wales awards were created to recognise people just like Mimi who deserve to be acknowledged for their incredible work within Welsh tennis.

“We have truly seen Mimi go from strength to strength, from a tennis tot to one of the most recognised youth players in the UK. Not only is she a testament to the tennis talent we have here in Wales, she’s also an inspiration to the younger players who are just starting their tennis journey. Congratulations Mimi.”

For more information about the Tennis Wales Awards, and to find a club or coach near you, visit lta.org.uk/about-us/in-your-area/tennis-wales/

TNS too strong for Newtown in season opener