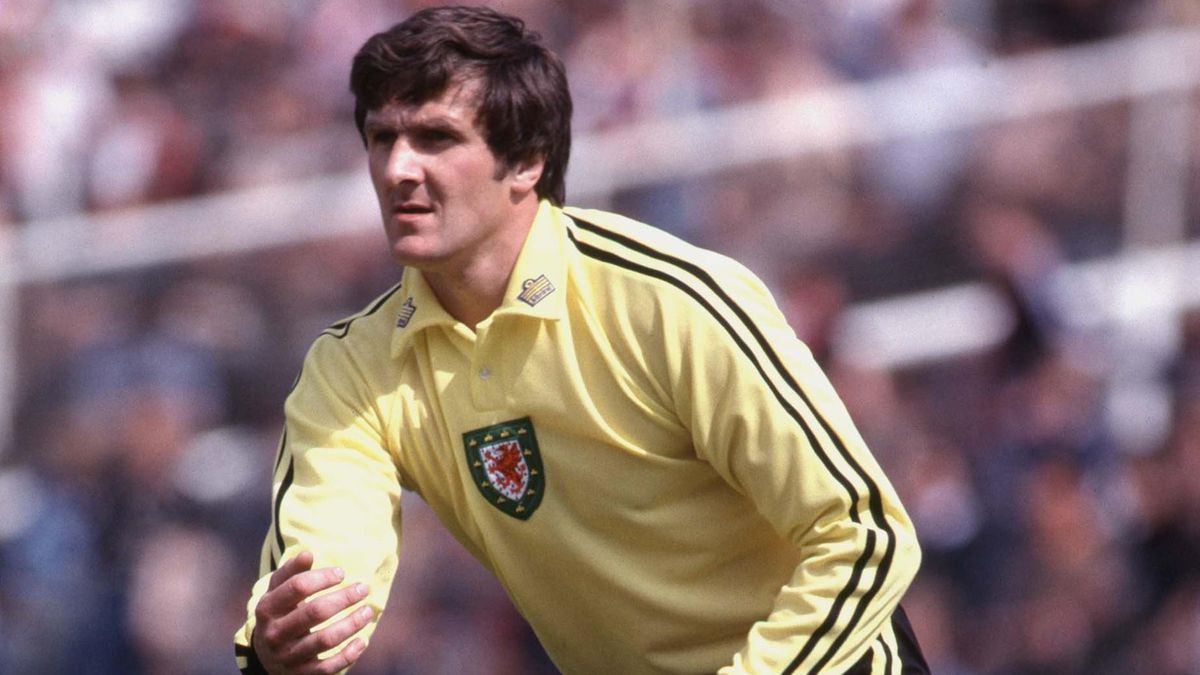 Tributes have been paid to Dai Davies

TRIBUTES have been paid to former Swansea, Wrexham and Wales keeper Dai Davies who has passed away at the age of 72.
Dai, who was born in Glanamman, Carmarthenshire, had been battling cancer.
He began his senior career with Swansea City in 1969 before going on to play 82 times for Everton between 1970 and 1977, either side of a second spell on loan at the Swans.
Dai then went on to play 144 times for Wrexham between 1977 and 1981 before returning to Swansea for a third stint where he played a further 71 games.
Spells at Tranmere and Bangor City followed before he finished his playing career at Wrexham in 1986.
Davies also played 52 times for Wales between 1975 and 1982.
In 1977, Davies moved to Wrexham, and in his first season with the club, Wrexham experienced their lowest number of defeats in a season on their way to winning the Football League Division Three title.
Davies then retired, before returning to play for Bangor City in the 1985–86 European Cup Winners’ Cup.
He then returned to Wrexham and won a Welsh Cup medal in 1985/86, but did not play in any further Football League games for them.
Sue Butler, S4C Sports Commissioner, said: “Dai Davies was a key member of the Sgorio team over many years. He was a dear friend to us all. A kind, warm man, who on-screen was a knowledgeable analyst of the game and never anything but candid with his views.
“Dai was highly respected in the football world and one of the best goalkeepers ever to play for Wales. We will miss him dearly. S4C extends our deepest sympathy to his family.”
The Sgorio team added: “We are deeply saddened to hear the news of Dai Davies’ passing.
“Dai was a crucial member of the team for many years – an honest and astute pundit, a fantastic mentor and a friend to all members of the production.
“Our deepest condolences to the whole family.”
Another former Everton and Wales keeper, Neville Southall also paid tribute saying on Twitter: “RIP Dai Davies. My friend, a gentleman, an inspiration guy and a proper welsh man , a great mentor. And a top keeper.”

Keep to the guidelines after receiving vaccine