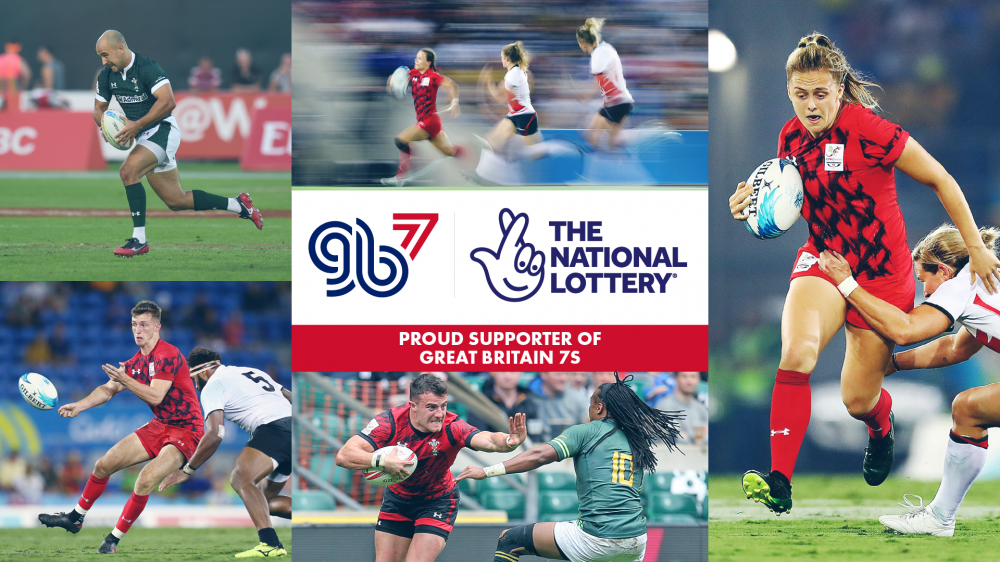 WALES centre and Sevens international Hannah Jones believes her inclusion in this year’s GB Sevens training squad is all the more meaningful after a year of lockdowns and postponed events.

She has left no stone unturned to put herself in the best position at this stage.

“I used the additional time at home to try to be in better shape going back into training than when we went into lockdown. The thought of the Olympics and the Rugby World Cup at the end were a key motivation for me throughout the past year. I’ve put 100% into making sure I’m in the best possible position and I’ve had great support every step of the way.

“I’m very grateful for this opportunity and excited to see what’s to come.”

Jones created a home gym at the start of lockdown and the fact she’s been completing her PGCE largely from home has had some benefits.

“I didn’t want to have any obstacles to pursuing my dreams. I made sure I had everything I needed and the support I’ve had from WRU staff has been superb for things like tailored running sessions and nutrition. I’ve even bought a sled with weights and have been training at Brynamman RFC whenever possible.

“I’m based at Bishopston Comprehensive School on the Gower for my PGCE and it was great to have five or six weeks in school to get to know the pupils. Since then everything has been online so I train before and after the school day.

Jones was thrilled to get back to Hartpury-Gloucester for the start of the season. “Everything is in place to make training and playing as safe as possible and I love playing for Liza Burgess and Sean Lynn. As a scrum-half himself he encourages me to go out and play what I see.”

Fellow Wales international Jasmine Joyce, an Olympian in 2016 is equally thrilled to be on the squad list.

She said, “I’m so excited to be back involved. Obviously the postponement of the Olympics was a huge disappointment but we are very grateful to have the opportunity to train and play during these difficult times for everyone.”

Thanks to an innovative partnership with The National Lottery, there will be equal pay opportunities for the male and female players.

Ospreys’ Luke Morgan said, “It’s a great honour to be selected in the 21-man squad and to represent your country. Being chosen is a step over the first hurdle of many in the selection process but hopefully I can get my body in the right position both physically and mentally to be able to give it my best shot.

“My focus recently has been on the 15s, but it will be great to finally meet up with the sevens boys and crack on with training.

“Obviously the final goal will be to be in that 12-man squad to go to the Olympics. I missed out on the last one due to injury so there’s a bit of past history there for me. But hopefully I can get in the best shape, give it my all and get that place on the plane to Tokyo.”

Former RGC, Ospreys and Scarlets player Morgan Williams said, “I’m very aware that the hard work starts here but very pleased to be included in the training squad. It’s been a tough year for everyone; we know the camp will test us all in many ways but hopefully that will help to gel us as a squad.”

WRU Operations Director and Team GB Board Director Julie Paterson said, “The collaboration between the Unions, our partners and The National Lottery has been very effective in giving our athletes the best chance of success at the Olympics Games.”

WRU head coach of transitional players Gareth Williams said, “As a Union, we are happy to be supporting the individual players earmarked for the Olympic preparation phase with GB, and wish the whole squad and management our best wishes as they launch their program in the coming weeks.”

Wales Women Head Coach Warren Abrahams said, “The Olympics is the pinnacle for any sevens player, so for these players to have the chance to go to Tokyo is something we are incredibly proud of as a programme and as a Union.

“It’s up to the players now to take their opportunity to show the GB coaches what they’ve got and perform at a high level consistently.

“We will support them in every way we can to be in the best shape when they turn u for GB duties.

They will remain key members of our squad as we prepare for the Six Nations in April.”

Both teams will be based at Loughborough University with their first camps set to take place in March ahead of their pre-Olympic tournaments in the lead up to July and the 2021 HSBC World Sevens Series, details of which will be announced in due course.

Wales’ World Cup play-off match vs Austria will go ahead