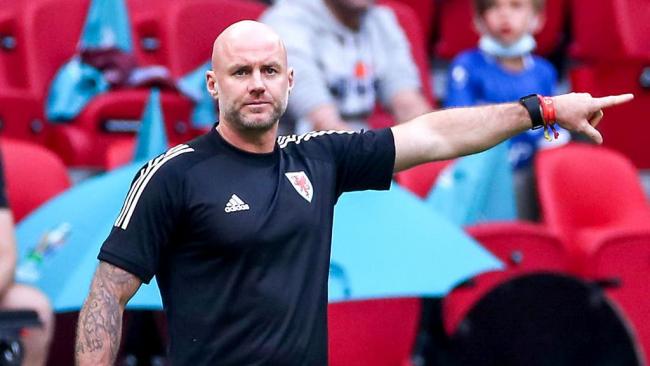 On goal difference, the Welsh are behind the Czech Republic in third place, but with one game in hand.

The success of Page’s side in the Nations League means they are all but guaranteed a play-off spot, but finishing second in their World Cup qualifying group will ensure a more favourable draw.

“Two cup finals left – and that’s how we’re going to treat it.

“We want all of our best players available and every player will be, because they’re two big games and they’ll all want to be involved in that. We’ll have the crowd behind us and we can’t wait.

Wales are looking at the play-offs as their best chance of reaching a first World Cup finals since 1958, with Belgium leading by five points at the top and almost certain to secure the only automatic qualification spot.

Their 1-0 victory over Estonia in Tallinn kept their chances of finishing second alive.

Wales end their regular qualifying campaign with home matches against Belarus and Belgium next month, while the Czechs host Estonia in their final fixture.

The Welsh will be without Kieffer Moore against Belarus due to a yellow card he received against Estonia.

Moore who scored the winning goal suffered a bloody nose from Estonian defenders and, despite his challenges being relatively mild, picked up his second caution of the season.

“He’s prone to getting bookings, and he doesn’t get a lot of protection at times.

“I was frustrated first half. It took 10 or 15 minutes to get a first booking when they could have injured one of our players.

“It is frustrating and, when Kieffer’s got three big centre-halves coming over the top of him, he needs a little bit of protection as well. So I’m disappointed we haven’t got him for [the Belarus game].”