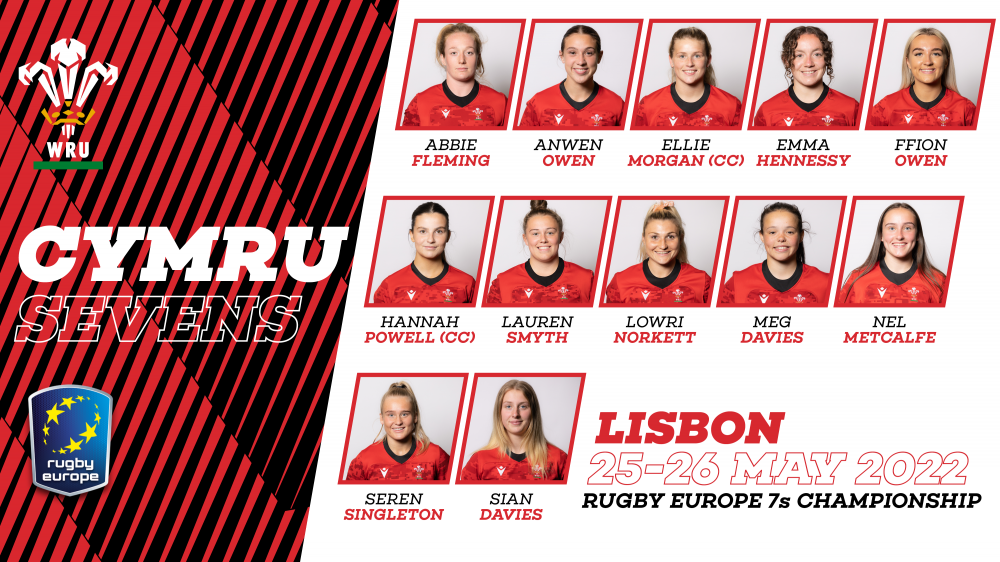 A 12-strong Wales Women Sevens squad has been selected for the Lisbon leg of the Rugby Europe Championship this weekend.

Wales Sevens player Luke Treharne has also been delivering some kicking sessions to the group.

Following the Lisbon 7s, the squad travels to Poland for the Krakow leg of the Rugby Europe Championship before a Rugby World Cup Sevens qualifying tournament in Bucharest.

Nant Conwy wing Nel Metcalfe has come through the recent U18 fifteen-a-side programme and Lowri Norkett, Emma Hennessy and Sian Davies have also been part of the senior Wales set-up this season.

Pugh said: “It’s an exciting time for women’s rugby. We have been training with a competitive young squad who are keen to learn from every opportunity. The energy in training sessions has been spot on, players have been absorbing detail like sponges and the skills on show have been impressive too.

“The key for us this weekend is to keep developing under the pressure of competition. We want to give the players the tools to go out and perform over the weekend and keep improving with each game and each tournament.

“I’m happy with the coaching team we have assembled who have a huge amount of experience between them and Luke (Treharne) has been able to pass on some really insightful and invaluable sevens knowledge and skills.”

Nick Wakley added, “I’m excited about working with this bunch of players. They’ve adapted quickly to the programme and although they are an inexperienced squad in terms of senior international sevens, many of them have been playing well together and gained success for the Samurai invitational team, coached by Jonathan Hooper, which has provided some key game time.

“We have France, Belgium, Poland and the Czech Republic in our Pool this weekend which is a tough group with a lot of World Series experience but the girls have been working hard in training and they just want to go out, keep learning and show what they can do.”