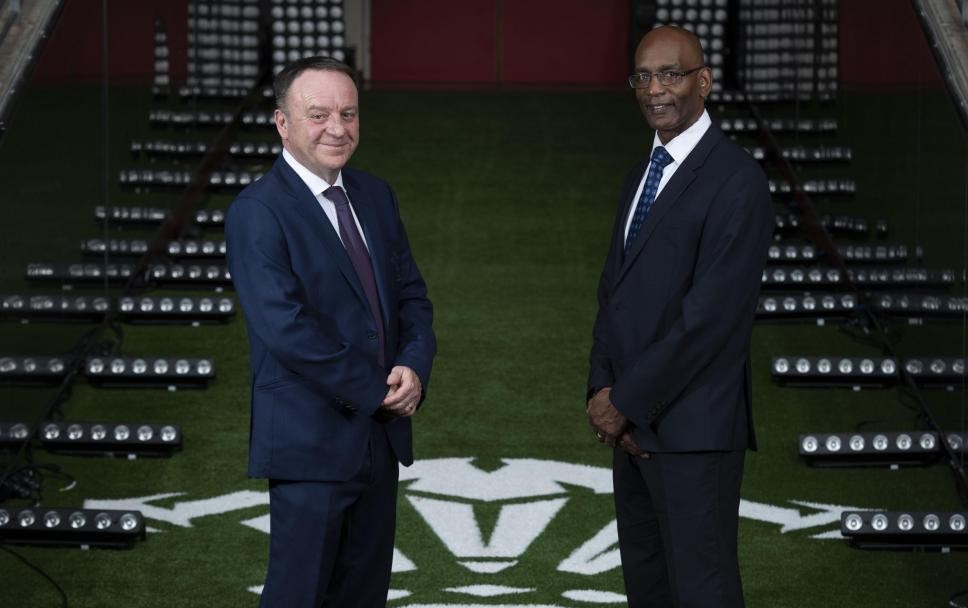 NIGEL WALKER, OBE, has been appointed to the Executive Board of the Welsh Rugby Union as its new Performance Director.

Walker is the first external, permanent senior appointment to be made by new Chief Executive Steve Phillips since he took over at the helm of Welsh rugby’s governing body on a permanent basis in March.

The former Olympic athlete, Welsh rugby international and Cardiff RFC wing joins the WRU from the position of National Director at the English Institute of Sport (EIS) and has also held a string of high-profile posts in Welsh sport since retiring from the game in the late 90s.

Excelling off the field as impressively as he did on it, Walker worked for the Welsh Institute of Sport before becoming Head of Sport at BBC Wales for a five-year period.

He continued to rise through the ranks at BBC and was elevated to Head of Change and Internal Communications, serving the corporation for a further five years, and has been with the EIS for the past eleven years.

He has also served as a UK Sport Board member from 2006-10, was Chair of the Major Events Panel and a member of the Audit Committee.

“Nigel was the stand-out candidate in an extremely strong field from an effective process and we are delighted to welcome him back to the Welsh Rugby Union as our new Performance Director,” said WRU CEO Phillips.

“Nigel knows all about the importance of performing under pressure and skills transfer, in particular drawing on his international career in rugby and athletics, and delivering change in high performance environments.

“He has an intimate working knowledge of Welsh sport, and Welsh rugby in particular, and his experience will prove a significant asset for our game.”

A former international athlete and rugby union player, he represented Great Britain as a high hurdler before switching to rugby, earning 17 international caps for Wales and was awarded an OBE in 2019.

“This is a job that is very much close to my heart and I am delighted to accept the challenge,” said Walker.

“Rugby holds a special place in the hearts of Welsh people everywhere. The passion that exists for the game is self-evident and I take on this role mindful of the fact that, with that level of interest, there is a responsibility to ensure the performance end of Welsh rugby builds on the solid foundations of the community game.

“A huge part of the attraction of this job is the breadth and scope of the role. Short term, two challenges I look forward to are the development of the Women’s game and working collaboratively on a performance strategy that works for the whole of the professional male game in Wales. In addition, I very much look forward to working closely with Wayne Pivac and his team.

“I will be using all of the experience I have gathered over more than 30 years in and around the game both on and off the field and I very much relish the opportunity to do so.”

The 58 year-old former winger, who played his club rugby for Cardiff, will also leave his position on the board of Cardiff Rugby when he officially takes up his new position on the WRU Executive Board. His start date will be confirmed in due course.

Good news for rugby as WRU publishes pathway for return