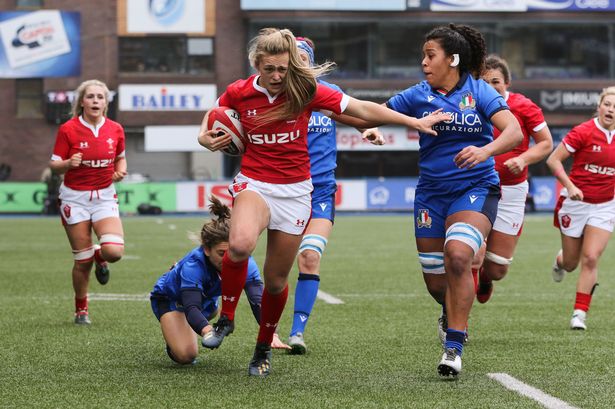 BBC Wales and S4C have announced a new deal with the Welsh Rugby Union that will see all of Wales women’s Autumn International rugby matches broadcast on free to air television this autumn.

All three matches will be presented by Catrin Heledd and there will also be coverage on Radio Wales and Radio Cymru.

Wales women will kick-off their autumn series on 7 November live from Cardiff Arms Park, as captain Siwan Lillicrap’s team go head to head with Japan. Clwb Rygbi will show the match live from 4.45pm on S4C, with English commentary also available via the red button service.

Next, Wales face South Africa on 13 November with both opponents vying with Wales for a place in the World Rugby Women’s Ranking top 10.

The third match, Wales’ final game of the series, will test Wales’s progress as they take a big step up against Canada, currently ranked third in the world, on 21 November.

This news comes at a positive time for the team with the recent announcement that the experienced coaching team of Ioan Cunningham, Geraint Lewis and Richard Whiffin have been confirmed up to, and including, the Rugby World Cup in New Zealand next year.

Rhuanedd Richards, Director of Content and Services at BBC Cymru Wales, says: “I’m so pleased we’ve been able to announce this new deal with the WRU. BBC Wales is committed to bringing top quality women’s sport to the audience and this deal allows fans to follow the team’s journey throughout the tournament. I can’t wait to see the campaign get underway.”

Sue Butler, S4C Sports Commissioner, said: “We’re looking forward to Wales women beginning their Autumn series on S4C as part of our support of  Welsh rugby across the board. Good luck to our women in all three games, we’ll be with you.”

Sunak's Budget changes the tune but not the fiddle