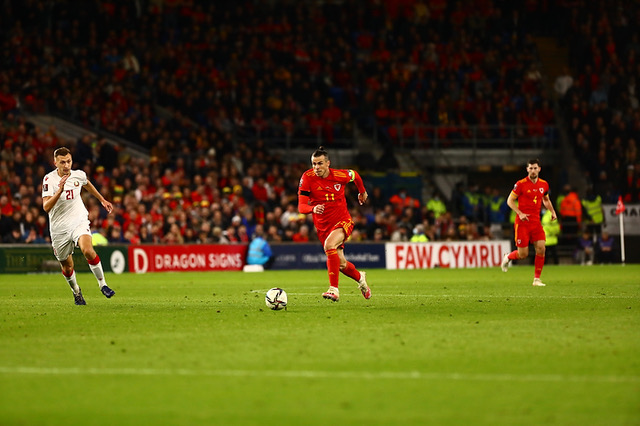 Gareth Bale in action on his 100th appearance. Photo by Colin Ewart

THE FIFA 2022 World Cup play-off match between Wales and Austria will be shown live on S4C.

With the Dragons two wins away from securing a place in the World Cup for the first time since 1958, they will welcome Austria to the Cardiff City Stadium in the play-off semi-finals on Thursday 24 March 2022.

The game will be shown live by the Sgorio Rhyngwladol team.

Scotland will take on Ukraine in the other semi-final, with the two winning teams meeting in the decisive play-off final on Tuesday 29 March 2022.

And if Wales win their play-off semi-final to secure their place in the final, Sgorio Rhyngwladol will be there to show the match live on S4C.

Barry see off Druids to keep hold of fourth place