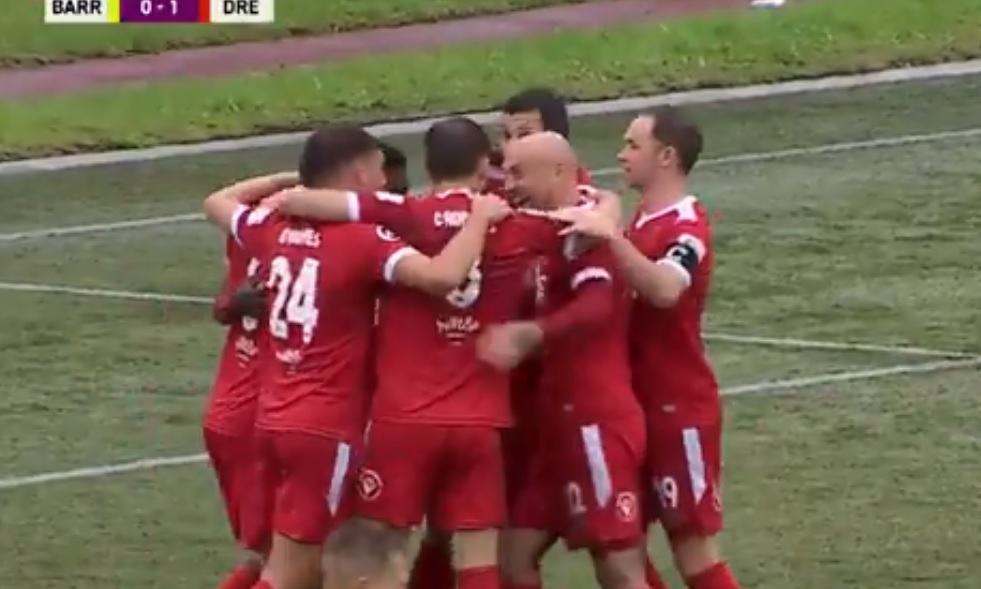 NEWTOWN’S Arron Williams scored a hat trick to help his side to a 3-0 victory over Barry Town United at Jenner Park on Saturday (Oct 2).

In the third minute a long ball was sent into the box but Arron Williams’ headed went just wide of the posts.

Dave Jones then made a good save for Newtown to keep the scores level as he denied Jordan Cotterill who was playing his 200th game for Barry.

With just over half an hour gone the visitors were awarded a penalty when Rhys Kavanagh fouled Callum Roberts on the edge of the box.

Williams stepped up to take the penalty and he sent Mike Lewis the wrong way to put Newtown ahead.

The visitors continued to look for another goal to add to their lead but when the half time whistle went the Robins still held a 1-0 lead.

Any hopes Barry had of getting back level early in the second half were dashed as three minutes Williams scored his second of the game.

Lifumpa Mwandwe won the ball in his own half before running down the left hand side and he crossed from the byline for Williams who saw his first header saved but he had a simple task of burying the rebound to make it 2-0.

Mwandwe was at it again in the 65th minute as his run into the box and cross to the back post set up Williams to tap in to complete his hat trick.

The Robins were able to see the game out with little trouble and they celebrated an excellent win.

On Saturday, October 9, Newtown are at home to Penybont while Barry Town will look to bounce back when they take on Flint Town United.

Penybont and Caernarfon finishes all square