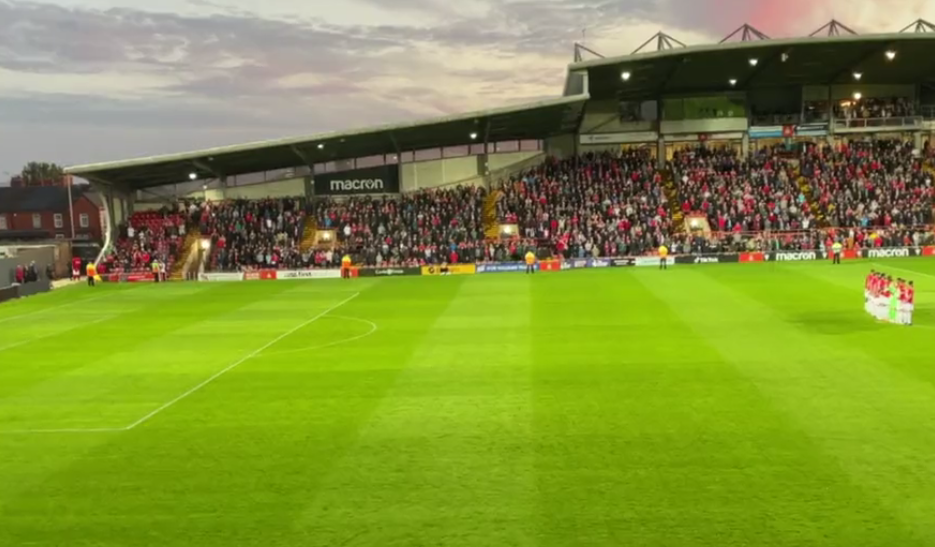 WREXHAM AFC has apologised after a ‘small number’ of individuals disturbed the minutes’ silence in memory of Queen Elizabeth II.

Clubs across the country were playing their first game since the passing of the Queen but a small number of people could be heard shouting as the minutes silence began at the Racecourse.

In a statement, Wrexham said it was ‘disappointing’ and that a number of those who disturbed the silence were asked to leave ‘for their own safety’.

The 9,835-strong crowd then watched Wrexham secure a 4-1 win over Dagenham and Redbridge.

Wrexham’s full statement reads: “It was disappointing to hear the one-minute silence before the 4-1 victory against Dagenham & Redbridge disturbed by a small number of individuals among the 9835 in attendance.

“To have the Club’s name in the media this morning for all the wrong reasons, is not a scenario that should have occurred and we wish to apologise to all who were offended by the actions of the minority, while thanking the vast majority who did observe the one-minutes silence.

“A number of the individuals who disturbed the one-minute silence were asked to leave the Racecourse Ground for their own safety.”

Grant fund launched for community projects along the Cambrian Lines