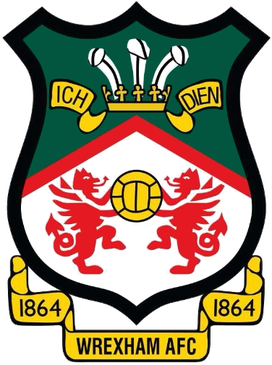 WREXHAM AFC will be joining this weekend’s social media boycott, and will not be posting to Twitter, Facebook or Instagram from 15:00 on Friday, April 30, to 23:59 on Monday, May 3.

Clubs from the Premier League, EFL, National League, FA Women’s Super League and FA Women’s Championship, as well as the FA, PFA, LMA, PGMOL, Kick it Out and the FSA are uniting for a social media boycott during this time.

The club say they are uniting to say enough is enough with regard to the ongoing and sustained discriminatory abuse received online by players, staff and officials connected to football.

A spokesperson for the club added: “We understand that, particularly at this time when supporters cannot attend matches, social media is a valuable tool to keep fans in touch with the Football Club, especially on a match day.

“It is consequently not a decision we have taken lightly, but our message to social media companies is clear – more must be done to eradicate online hate.”

An English FA statement reads, “In our letter of February 2021, we outlined our requests of social media companies, urging filtering, blocking and swift takedowns of offensive posts, an improved verification process and re-registration prevention, plus active assistance for law enforcement agencies to identify and prosecute originators of illegal content.

“While some progress has been made, we reiterate those requests today in an effort to stem the relentless flow of discriminatory messages and ensure that there are real-life consequences for purveyors of online abuse across all platforms.

“Boycott action from football in isolation will, of course, not eradicate the scourge of online discriminatory abuse, but it will demonstrate that the game is willing to take voluntary and proactive steps in this continued fight.

“Finally, while football takes a stand, we urge the UK Government to ensure its Online Safety Bill will bring in strong legislation to make social media companies more accountable for what happens on their platforms, as discussed at the DCMS Online Abuse roundtable earlier this week.”

Wrexham fans wishing to follow the club’s matches during the boycott can do so via commentary on the club’s website.

Speaking on why Wrexham were joining the boycott, the club spokesperson added: “Online hate takes many forms, and while we appreciate much of this comes from a tiny minority, there are staff and players at Wrexham AFC who have been subjected to sustained personal abuse online.

As a club, we also receive regular discriminatory messages on all of our social media channels for no other reason than we are a Welsh club. Often this will be for something as small as the fact our result has affected somebody’s football bets.

Wrexham AFC are standing together to urge social media companies to do more to eradicate this behaviour.

Manager Dean Keates said: “The fact that racism is still being discussed in these times is hugely disappointing.

“We’re talking about something that should have been ended generations ago and should not be considered now.

“Social media companies need to do more to stop online hate, aimed at footballers who are only doing their job.

“Personally, this season I’ve received messages from people wishing COVID and ill health on myself and my family.

“It is not just players and football staff either – other members of club staff and volunteers have received similar messages from people hiding behind anonymous accounts.

“People believe they can conduct themselves in this way online, and the level of abuse aimed at players and staff in football is embarrassing, which is why social media companies must take more responsibility.”