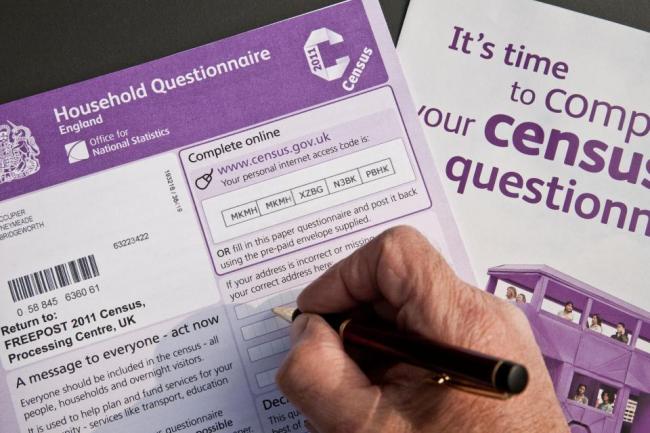 Ahead of “Census Day” on March 21st, letters inviting people to take part have been posted to households in England and Wales, with a good chance of you having already received it by the time you’re reading this.

Households can request a postal form or complete the survey online.

Every householder at an address is responsible for completing a census questionnaire for their household. The householder should either answer the individual questions for all household members or make sure each member answers their own.

Most questions in the census, such as those about the country of birth of the people in your household or how many bedrooms are in the household, are compulsory.

Though some – about sexual orientation, gender, and religion – are voluntary. The form will indicate which questions you must complete and which you don’t have to.

The big change this year is the inclusion on a question on gender, which has been welcomed as a “good first step” by the transgender community.

The voluntary question in the 2021 survey reads: “Is the gender you identify with the same as your sex registered at birth?”

Owen Hurcum, 23, is the mayor-elect of Bangor, and due to take over the position in May. They said they would fill in the form to say non-binary agender.

“I think it is great that we can finally put our real genders on the census,” they said.

“I do see this as a token gesture from the government [but], it’s at least a single step in the right direction and I for one look forward to putting my real gender on the census.”

Shash Appan, 24, is a trans activist from Cardiff and said she would fill in the form to say “trans woman”.

Interestingly, in Scotland, the census has been postponed until next year, with officials citing the challenges of COVID-19 as the reason.

Cabinet Secretary for Economy, Fair Work and Culture, Fiona Hyslop, said: “COVID-19 is the biggest single public health challenge facing us in more than 100 years and as in many other areas of life, the ongoing disruption is impacting on the vital preparations for the census.

“Following careful consideration and on recommendation of National Records of Scotland, Ministers have informed the Scottish Parliament of their intention to move Scotland’s Census date to March 2022. This reflects the unprecedented impact which COVID-19 is having across a wide range of sectors.”

However, officials in Wales and England have stated that the planning has been able to continue despite the pandemic and will be performed this year on schedule.

Despite this, recent reports suggest that the 2021 census could be the last.

“The census is frankly as good as it is possible to get,” he said.

“Let’s see if we can get to a similar place, more quickly, using different strategies.”

The Office for National Statistics, which has responsibility for the census in England and Wales, said an estimated £906m would be spent next time – nearly double the figure for 2011.

Sir Ian suggested that other means could be used to gather data, such as the Ordnance Survey, GP lists, council tax record, driving licence details, and more.

“We’d only move away from [the census] if we can replicate that richness of data,” he said, adding that the government would have the final say after the census results and research had been evaluated, in 2023.

If, indeed, this is the last census, it’s the end of a very long tradition – dating back to 1086, when William the Conqueror ordered the production of the Doomsday Book. This was a massive undertaking to create an inventory of land and property – covering all of England and some of Wales.

To this day, the Doomsday Book is still referenced, and even used as evidence in land disputes, which highlights the importance of detailed records in history.

The book was, however, not a record of citizenship, merely the ownership of assets.

Nearly 200 years later, in 1279, the Hundred Rolls was commissioned by King Edward I. Unlike the Doomsday Book, not much of importance came from this survey, and as such it is likely you have never heard of it, unlike its famous predecessor.

Throughout the seventeenth and eighteenth centuries, the UK was reluctant to implement an official census, despite other countries around the world having one, but surveys were still regularly carried out on a more unofficial basis during Tudor and Stuart times.

This opinion changed in 1798 when the “Principle of Population” was published by Thomas Malthus.

Malthus caused great concern by suggesting that population growth would soon outstrip supplies of food and other resources. Unable to support itself, Britain would be hit by famine, disease and other disasters. Concerned at this alarmist view of the future, people began to see the need for a census. Parliament passed the Census Act in 1800 and the first official census of England and Wales was on 10 March 1801.

Information was collected from every household by the Overseers of the Poor, aided by constables, tithingmen, headboroughs and other officers of the peace.

The first official head count revealed that Great Britain’s population at the time was 9 million. Previous estimates had varied between 8 and 11 million. Information about every person in the land was processed by an army of clerks using nothing more than pens and paper. Technology made census taking simpler in 1911, when punch cards and mechanical sorting and counting machines were introduced. Computers were first used in the 1961 Census.

The census taken in 1841 is widely regarded as the first truly modern census, when the first Registrar General of England and Wales, John Lister, was made responsible for organising the count. The task of counting was passed on to local officers of the newly created registration service.

Since 1801 there has been a census every ten years except in 1941, during the Second World War. The basic principles of census taking remain the same, though new questions have been added and others have been omitted.

The 1841 census returns for the whole registration district of Wrexham, Denbighshire, were believed to be missing. However, the original enumeration books for the town of Wrexham were discovered in a bookshop, and are now deposited in the Denbighshire Archives.

Up until 1911 the Government needed to introduce a new Census Act for every census held. This was changed by the 1920 Census Act which made it possible for the Government to hold a census at any time, once Parliament has approved the necessary ‘secondary’ legislation which lays out the details of a particular census, but no sooner than five years after the last census.

The entire 1931 census including schedules, enumeration books and plans were destroyed in a fire at the Office of Works store at Hayes, Middlesex on Saturday 19 December 1942.  The fire was not due to enemy bombing in the Second World War but was due to an unexplained incident.

A guard at the office commented afterwards: “The fire was not occasioned by enemy action and how it achieved such dimensions in a store in which special hydrants had been fitted and said to have been in charge of a fire guard of 6 paid watchers, is a mystery which will need investigation.”

The subsequent investigation the following year mentions a police report and a suggestion that the fire may have actually been started by a lighted cigarette thrown down by one of the fire watchers. No action was taken.

So, when you fill in your census this year, take a moment to appreciate it, because it may be the end of a historic tradition.

Call to replace the Lords