Badger and the sound of silence 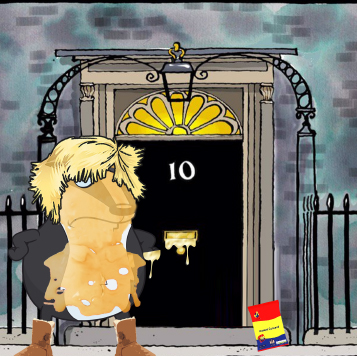 There is a voice unheard.
It’s a voice that connects everyone in Pembrokeshire.

It’s a voice that exists separately from those who think that free speech is the right to be a twat.

The voice isn’t playing with self-defined identity and the right to be outraged.
It’s the voice of real people with real problems.

This is Pembrokeshire.
Who cares about who is what religion, what colour people are, wherever on the increasingly wide spectrum of gender identity folk place themselves?
Badger will tell you how many: the square of sod all is still sod all.

What really matters is simple; a home, a job, and enough money to get by. And health and education systems that function properly.
That’s more than enough for a national government, a devolved government, and a local government to crack on with.

It’s not enough for every time-serving Westminster minister, Welsh Government stooge, and County Councillor to acknowledge those are important.
It should be self-evident even to the meanest intelligence that’s the case.

The cynical blob of custard occupying 10 Downing Street likes to pretend that the scandals surrounding him have distracted the government from acting on those matters.
It demonstrates only how much Boris Johnson is unfit to govern if they have.
Government isn’t about saving the Prime Minister’s skin; it’s about serving the people.
The government exists independently of the PM.

Its continuation as an institution does not depend on an individual. Accordingly, delivering policies to meet the public’s needs does not take a break because the PM is a serial liar and charlatan.

In Wales, the problem is even worse.
The Welsh Government’s overarching policy priorities are completely out of step with rural Wales.

So fixated on appealing to the siren voices of metropolitan pressure groups and campaign groups whose priorities are at odds with rural reality and often don’t even originate in Wales.
The Welsh Government’s casual indifference to those of us who live here is endemic and will not change.

All Labour in Wales is interested in is telling people how they should live their lives as though a green socialist utopia was just a few steps from becoming a reality.
It’s tripe and tripe on stilts.

To illustrate the point, Badger will talk about the need for a Food Bill for Wales.
The heart of the proposed Bill is implementing measures to ensure a sustainable food system in Wales to strengthen food security, improve Wales’s socioeconomic well-being, tackle food waste, and enhance consumer choice.

The Welsh Government opposes it.
Why?

Because a Food Bill imposes the sort of statutory responsibilities and accountability that Welsh Ministers are desperate to avoid.

Lesley Griffiths, who is Wales’s Rural Affairs Minister in her spare time, prefers the sort of nebulous “community-led” solution that involves working with unaccountable, unelected, and remote “third sector partners”.

The Welsh Government is selectively deaf about the most basic things to ensure rural Wales’s survival as something other than a middle-class playground for what Jeremy Clarkson accurately describes as “eco-mentalists”.

And that’s just one aspect of one policy where the Welsh Government shirks any pretence of being a democratically accountable institution to serve the whole of Wales and not only those bits which elect Labour Senedd Members. Its cynical deal with Plaid Cymru to secure Senedd reform (which is needed) only underlines that the Welsh Government serves only the Labour Party’s interests in Wales.

The high-minded lectures doled out by Mark Drakeford and the gaggle of non-entities in his Cabinet precisely echo the nonsense dribbled out by the verbally incontinent Nadine Dorries supporting the Custard Man in Downing Street.

Even County Councils have got tied into the guff that has nothing to do with delivering public services.

Councils across Wales voted to declare a climate emergency over the last few years.
While Badger accepts there is definitely a climate crisis, solutions to it can only come from international cooperation.

When Pembrokeshire County Council opens an embassy in Peru or Namibia, its declaration of a climate emergency might begin to make sense.

In the meantime, all the Council can do is follow policies set by national governments and only then when it gets full funding for them.

It is not the business of ordinary Council Taxpayers to fund jollies for councillors to attend seminars on how it’s nice to be nice or to fund charging points that should be a national infrastructure priority and not a local one.

It’s a waste of money, time (which also means money), and resources to piddle around at the edges of something above the Council’s paygrade.

From all of the above, you might infer that Badger does not understand the climate emergency or the wonderfulness of the Welsh Government’s plans to plant trees.
Badger takes this opportunity to disabuse you of both notions.

Badger accepts that mankind has changed the world’s climate and continues to do so. He’s written enough about the science and read enough to understand it and agree with its thrust. He knows there are essential steps to take that can only reduce climate change’s impact on all of us.

He concludes the world is screwed because the West has no moral authority to impose its values on the rest of the world. Moreover, carbon credits and carbon trading are shams to allow large corporations to offset their pollution to less-developed economies keeping locals poor and without any hope of developing economic security through industrial growth.
Badger knows enough about commercial forestry and its effects on the environment to know that sticking trees on deep pasture and peatlands that have not had trees since the Bronze Age is not only bad science but bad for the environment. It will save ZERO carbon both in the short and long term.

The Welsh Government’s fantasy forest, stretching from the Bristol Channel to the Menai Straits, is an expensive and futile gesture that will harm the environment and irreversibly damage Welsh agriculture.

The Welsh Government does not intend it, but it will create its own silent spring.
However, Welsh ministers don’t care because they regard agriculture as an irrelevance to their collective vision of sunlit uplands clogged with diseased conifers.

Equally, the UK Government is more obsessed with seeming to do something than doing it.
But when you point out the Emperor has no clothes, your voice goes unheard because of politically selective deafness.

It is time for us all to demand more action on the issues affecting us now and not on what was once described as “the vision thing”.
Keep an eye on the future, plan for it, and take steps to provide for it. But politicians must use twenty-twenty vision to help and protect us in 2022.

The Party of Wales has Failed us

YesCymru membership up as independence for Wales support rises