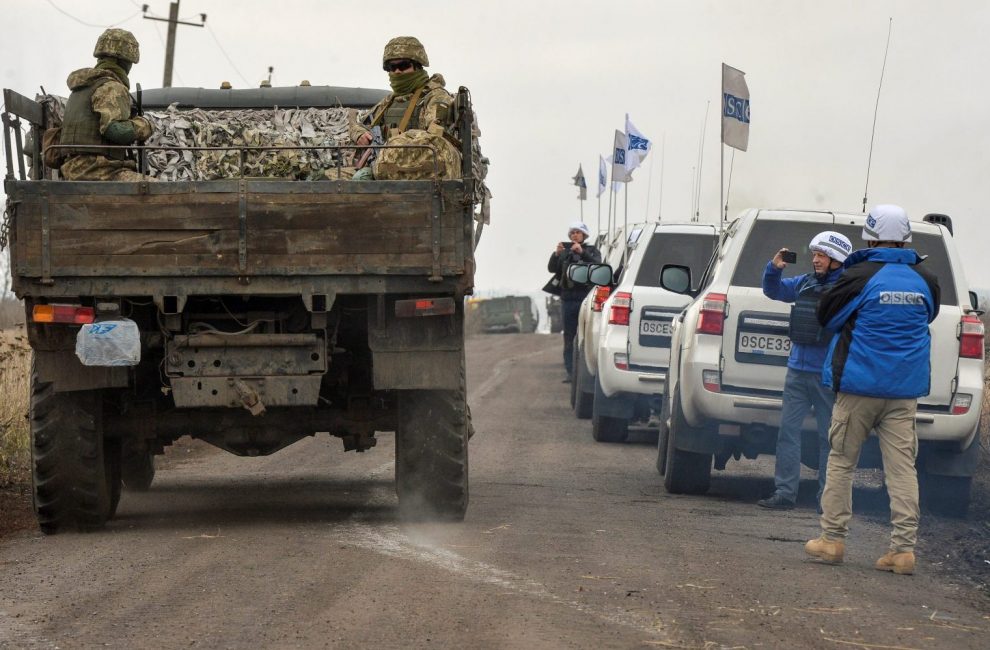 THE CITY founded by the Welsh as Hughesovka, known now as Donetsk, is at the centre of the conflict between the Ukraine and Russia, and the conflict which started in 2014 now looks likely to escalate into a larger war.

In 1869, one hundred people from South Wales, led by John Hughes from Merthyr Tydfil founded a city now home to a million people. This is part of the reason that a delegation arrived in Ukraine today (Feb 19), led by two members of the Welsh Senedd: Mick Antoniw MS and Adam Price MS, leader of Plaid Cymru.

The aim of the delegation, which includes prominent UK trade union leaders, academics and journalists, is to do what no politicians visiting the country have so far done: to express direct, cross-border solidarity from the UK working class to the Ukrainian working class.

With the threat of war rising, there is a concerted campaign of disinformation against Ukraine in the West, some of it aimed at influencing the progressive movements who have traditionally, and correctly, opposed Western military adventures in the Middle East.

To separate truth from propaganda, the delegation will hear evidence from workers from the Donbas in the East of Ukraine, independent trade unions and progressive civil society groups in Kyiv, as well as MPs, academics and territorial defence units training to resist aggression.

Mr Antoniw said: “In too many of the discussions about the situation in Ukraine it is the people themselves who are being bypassed. We want to listen to what the Ukrainian people say and to show our solidarity with them. We stand by them and their right to determine their own future and to defend their country from Russian aggression and imperialism.”

Adam Price said: “The more the Ukrainian people are threatened by Russian aggression and imperialism the more urgent it becomes for socialists, democrats and internationalists to stand shoulder to shoulder in solidarity with them – in defence of their right to national self determination and in defiance of Putin’s warmongering.
“They shall not pass ! вони не пройдуть !”

After President Yanukovych fled Ukraine to seek asylum in Russia, Russian-backed defenders took over the Oblast State Administration, the main government building, in the city. According to Russian reports, the police did not offer resistance.

On 7 April 2014, pro-Russian activists announced that they had seized control of Donetsk and declared the “Donetsk People’s Republic”

But what is the Welsh link, and why was the city founded. And why are Welsh politicians now heading to the Ukraine?
THE FOUNDING OF A CITY

In 1868, the Millwall Iron Works Company received an order from the Imperial Russian Government for the plating of a naval fortress being built at Kronstadt on the Baltic Sea

Hughes accepted a concession from the Imperial Russian Government to develop metal works in the region, and in 1869 acquired a piece of land to the north of the Azov Sea from Russian statesman Sergei Kochubey

He formed the ‘New Russia Company Ltd.’ to raise capital, and in the summer of 1870, at the age of 55, he moved to Russia. He sailed with eight ships, with not only all the equipment necessary to establish a metal works, but also much of the skilled labour; a group of about a hundred ironworkers and miners mostly from South Wales

He immediately started to build metal works close to the river Kalmius, at a site near the village of Alexandrovka. The state-of-the-art works had eight blast furnaces and was capable of a full production cycle, with the first pig iron cast in 1872. During the 1870s, collieries and iron ore mines were sunk, and brickworks and other facilities were established to make the isolated works a self-sufficient industrial complex. He further built a railway line-producing factory. All of Hughes’ facilities were held under the ‘Novorussian society for coal, iron and rails production.’

The Hughes factory gave its name to the settlement which grew in its shadow, and the town of Hughesovka (Yuzovka) grew rapidly. Hughes personally provided a hospital, schools, bath houses, tea rooms, a fire brigade and an Anglican church dedicated to the patron saints St George and St David. The land around the metalworks quickly grew to become an industrial and cultural centre in the region; the population of the city founded by Hughes now exceeds one million. Hughes died on 17 June 1889.

By the end of the nineteenth century, the works was the largest in the Russian Empire, producing 74% of Russian iron in 1913. A period of relative decline in the early years of the twentieth century was followed by expansion during World War I. Many of the men who accompanied John Hughes settled in Hughesovka and brought their wives and families. Over the years, although a Russian workforce was trained by the company, skilled workers from the United Kingdom continued to be employed, and many technical, engineering and managerial positions were filled by British immigrants; who were overwhelmingly Welsh. A thriving expatriate community was established, living in good quality company housing, and provided with an English school and an Anglican church. Despite the cold winters, hot summers and occasional cholera epidemics, some families remained in Hughesovka for many years.

The Bolshevik revolution of 1917 ended the Hughes family’s connection to the works. The Hughes brothers and almost all their foreign employees returned to Britain. The works were nationalised by the Bolsheviks in 1919. The town of Hughesovka was renamed “Stalino” in 1924, and then the present name “Donetsk” in 1961. The works survived and prospered despite regime and socio-economic change, and Donetsk remains a major metallurgical industries centre today.

In March 2014, following the annexation of Crimea by the Russian Federation, a humorous campaign advocated that Donetsk join the United Kingdom because of the city’s connection to Hughes. Shortly afterwards, the Ukrainian government lost control of Donetsk to militants of the self-declared Donetsk People’s Republic, who declared the city to be independent of Ukraine and advocated integration with Russia.

In 2014, an instrumental song on the Manic Street Preachers’ album Futurology paid homage to John Hughes, referring to Donetsk by its former name Hughesovka