Home » Crew rescued after fishing boat broke down at sea 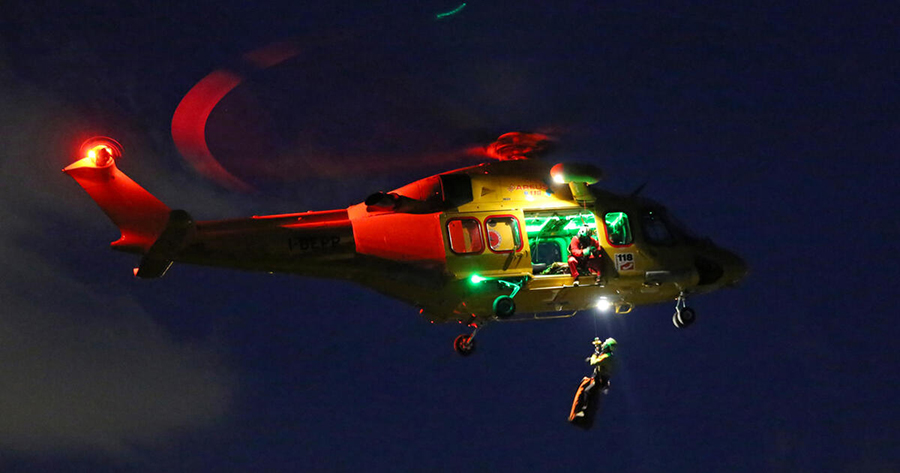 A DRAMATIC rescue took place off the coast of Pembrokeshire on Monday night after a fishing boat failed to arrive at port at the expected time.

This led to a search using both lifeboats and a helicopter.

The details were provided by the RNLI. A spokesperson said: “Angle lifeboat was tasked at 8:20pm on Monday night, to search for a vessel that had been reported overdue.

“The vessel, a 20ft pleasure fishing vessel with two persons onboard, was last seen at 8:30am that morning, and had failed to return ashore at 4pm as expected.

“Dale Coastguard rescue team had initially been tasked to search the shoreline and local pontoons however nothing was found.

“The coastguard had made multiple attempts to contact the vessel on VHF, spoken to other boats in the area and issued a PanPan broadcast with no success.

“With the vessel now over four hours overdue, and with no indication of where the missing boat could be, the all-weather lifeboat was requested to search the north shore within the haven, and then proceed out to Grassholm island to conduct a search. At this time, St David’s all-weather lifeboat and Coastguard rescue helicopter R187 had also been tasked to assist in the search.

“Whilst the lifeboat was passing Skokholm island, new information was received. The two casualties had finally been able to dial 999 and speak to the coastguard, where their position was then able to be obtained. With the position plotted, some 10 miles south of the lifeboats current position, both the lifeboat and helicopter altered course and best speed to the reported position. Whilst on route to the position, the lifeboat crew used the radar to pinpoint a target which matched up with the information that was given by the casualty vessel.

“With the lifeboat just a few miles from the missing boat, the casualties fired a red distress flare, which was then used to confirm that this target was in fact the casualties. “The coastguard helicopter was first to locate the vessel, they provided illumination via searchlights until the lifeboat arrived alongside. Once alongside, it was established that both persons were safe and well, and that they had broken down at around 2pm, and had been adrift for nearly 8 hours without any way of calling for help. A tow was connected, and the vessel was towed back to Gelliswick beach, arriving safely ashore at midnight.

“With the boat now back on the beach, the lifeboat was stood down to return to station, arriving back on the slip and closing down by 12:15am.”