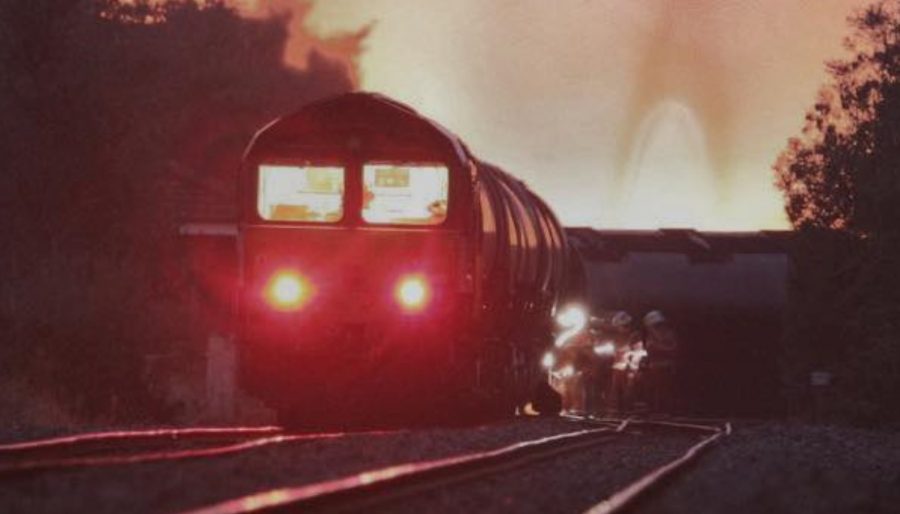 She received an assurance from the First Minister that the Welsh Government was looking at way to help the cockle industry.

“In the Senedd I congratulated the public services for the way they co-operated around the clean-up after the Llangennech derailment, which, so far, has been very successful. I demanded a life-line scheme to help the cockle gathers.

“I raised with the First Minister issues for two groups of businesses particularly badly affected in the short-term by the derailment.

“One of those was the very important cockle-gathering industry, the other, of course, were farmers who graze animals on those low-lying banks by the river.

“There has been a request for the Welsh Government to consider whether some interim financial support might be made available to the cockle gatherers and the grazers while responsibility for the derailment and long-term compensation becomes a possibility. Many of these are small businesses; they operate on quite low margins and currently in difficult circumstances.

“The First Minister emphasised he was aware of the impact on cockle gatherers and particularly that they were unable to carry out their normal activities while the level of environmental contaminants in the estuary were being surveyed.

“Plaid Cymru believes it must be the polluter in the end that must pay for the damage that has been caused, but the rail accident investigation branch work is not coming to a conclusion quickly.

“The Welsh Government is keen to obtain that advice from officials in case it is possible, before the rail accident investigation is completed, so they can offer some assistance to those who have been most directly affected.”

The environmental impact of the Llangennech derailment last year was amongst the most significant in Wales since the Sea Empress disaster of 25 years ago.

Monitoring of the site and surrounding area, which includes four sites of special scientific interest and a special area of conservation will continue for many years to come.

The Burry Inlet Cockle Fishery and other shell fisheries in the area were closed as a precaution following advice from the Food Standards Agency.

Extensive sampling and monitoring took taking place and initial rounds of analysis of cockles and mussels in the area for residual oil contamination indicated they were within statutory limits, which are set to protect the health of consumers and the quality of the product.

As a precaution, a further round of samples was analysed in October 2020. Those results have came back within statutory limits.

A programme of surveillance and monitoring of shellfish will continue to ensure the ongoing safety and quality of shellfish harvested from the area.

Local shellfish producers were informed that the beds had reopened on October 13 last year.