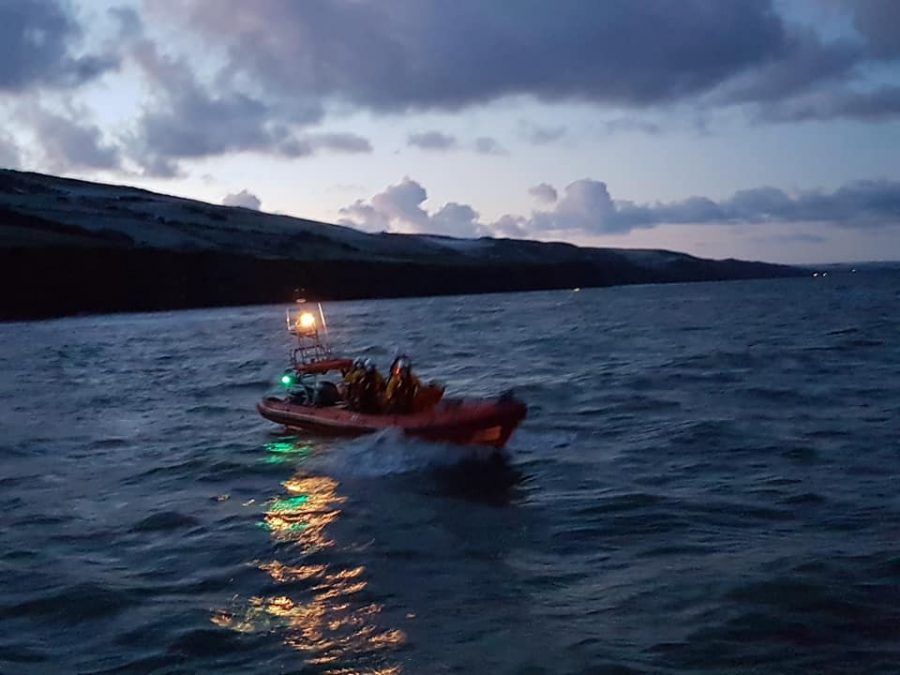 Yesterday before sunrise (Monday 25 January) New Quay and Aberystwyth RNLI lifeboats were requested by HM Coastguard to assist a fishing vessel that had run aground south of Aberystwyth at Morfa Bychan. As the day went on the RNLI volunteer crews found themselves at sea for many hours in freezing temperatures.

The pagers first sounded early on Monday morning with the Mersey class all-weather lifeboat from New Quay and the Atlantic 85 inshore lifeboat from Aberystwyth both launching on service at 6am into the darkness to a report of a fishing vessel aground.

Aberystwyth RNLI lifeboat arrived first and found the casualty vessel, a 40 tonne, 12m whelk fishing vessel which had run aground on the beach at Morfa Bychan. Aberystwyth lifeboat initially attempted to veer down but to no avail.

New Quay RNLI Coxswain, Daniel Potter said, “We made good speed up to Aberystwyth in slight to moderate sea conditions but freezing temperatures. Arriving on scene we worked with Aberystwyth lifeboat and assessed that everyone was safe on board. It was so cold that Aberystwyth lifeboat had to return to station for a crew change.

“By now the tide had dropped and there was no water around the vessel. It was therefore decided the crew would be evacuated onto land and we would return to station.”

Both lifeboats returned to station by 10am, with the Coastguard unit on the ground keeping an eye on the fishing vessel.

Mr Potter continued, “Returning on scene we had to assess how we could ensure the safety of those onboard and prevent the vessel being pushed further up the beach by the waves. This was made more difficult by the shallow water and large boulders. However, the inshore lifeboat was able to access the shallow water to assess the situation and pass our towline to the casualty.

“After setting up the tow we held the vessel steady until she started to float at high water. With excellent team work between Aberystwyth’s and our inshore lifeboat we were able to extract the stricken vessel and tow her into deeper water. We then escorted the vessel into Aberystwyth in case of any damage to her hull or steering.”

Simon Rigby New Quay RNLI helm added, “It was the longest and coldest shout I’ve ever done on the inshore lifeboat, seven hours at sea and 32 miles covered.”

With the casualty vessel safely berthed in Aberystwyth marina, both lifeboats returned to station and the crew were stood down at 9:30pm, over 15 hours after the first launch.

Roger Couch, Lifeboat Operations Manager added, “This was a great example of excellent teamwork and seamanship, putting many hours of training to good use. We would like to thank our colleagues at Aberystwyth for their hard work in freezing conditions and their assistance in providing expert local knowledge.

“Over the last three days our all-weather lifeboat, The Frank and Lena of Stourbridge has been very busy, being launched on service three times. The volunteer crews have worked hard with strict Covid restrictions and guidelines. Remember we are on call 24/7 so if you see anyone in trouble on the coast please call 999 and ask for the Coastguard.” 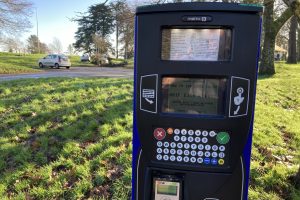