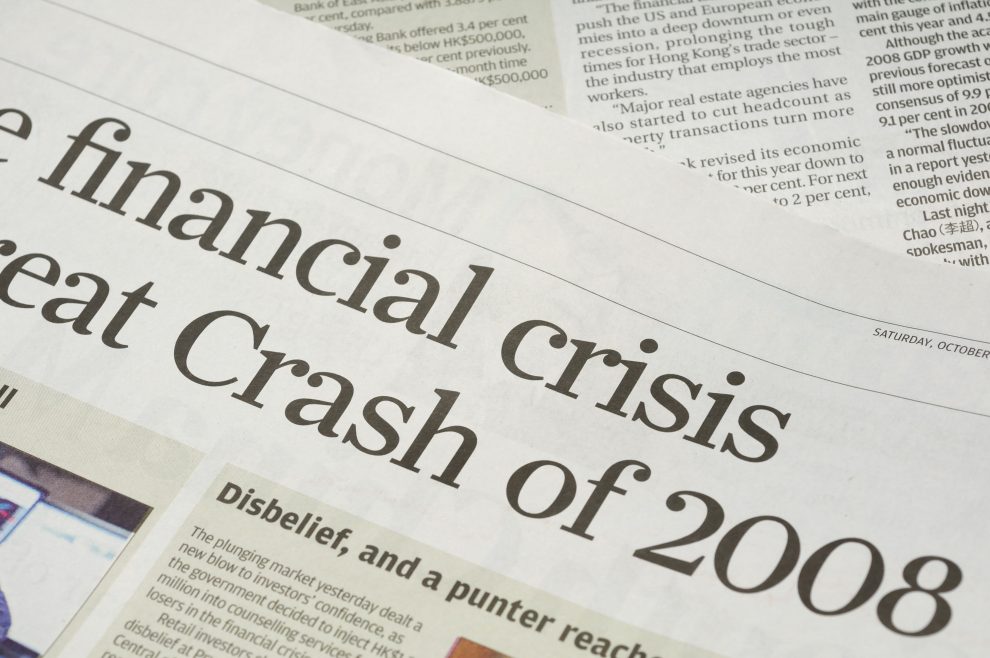 WHEN the economy appears to be slowing, commentators will inevitably debate whether or not it is moving into a ‘”recession”.

There is, however, no official definition of a recession and the one most commonly used has the potential to be misleading.

The popular definition of a recession is usually considered to be at least two consecutive quarters of economic contraction – or “negative growth” – in Gross Domestic Production (GDP).

However, this rule of thumb definition was not the result of detailed analysis by academics, and it has no official status.

Even the origin of this definition is a little unclear. Its originator is thought to be the then-head of the United States Bureau of Labor Statistics, Julius Shiskin, writing a simplified definition for readers in the New York Times in 1974.

This is what modern commentators and policymakers like to call a ‘technical recession.’

Having a flexible, informal definition of what does or does not constitute a recession is difficult

Suppose an economy shrinks by 0.1% for two successive quarters, but either side grows strongly.

Is this really a recession, or perhaps just a lack of GDP growth for particular one-off reasons?

Likewise, how best can we take account of the severity and length of recessions, which vary widely? For example, the modest downturn in UK growth seen in 1991 is clearly different from that of the Great Depression or the 2008-09 global financial crisis.

This is not just a UK issue. It can happen internationally.

For example, as happened in the United States this year, when GDP contracted but other metrics – such as wages and employment – continued to grow, can we say it is a recession?

However, the volume of GDP did not recover to its Quarter 1 2008 level before the second downturn started.
The rule-of-thumb offers no view of whether this would be recorded as one or two technical recessions.

Another point to consider is revisions. GDP is a broad estimate of economic activity based on the data available at the time.

It is, though, subject to revision as more data becomes available. The ONS’s revisions tend to be small and unbiased in either direction, so a small revision in quarterly growth would be within normal expectations.

However, a very small rise or fall in growth from initial estimates could be revised in the opposite direction once further data are received.

Such revisions have not changed our understanding of the economy. But over-reliance on a binary definition of recession might suggest that the difference between a growth of 0.1% and a minus 0.1% contraction is between economic salvation and disaster. It is not often there is not such a clear line.

During the Covid pandemic of 2020 and 2021, when we saw record falls in GDP, few would challenge the view the economy was in recession.

In that sense, we know a recession when we see one.

As such, the ONS avoids defining when the UK may or may not be in recession and instead focus on where there are strengths and weaknesses in the economy, how these compare to historical trends and, where necessary, when there are uncertainties in its estimates.

Real-time estimates of GDP are subject to data revisions, reflecting the inherent trade-off between timeliness and accuracy.

Besides the early 1990s, the ONS has revised the timing of when contractions in GDP first took place since additional or updated information has become available.

That data shows a decline in GDP took place at least one quarter earlier than was the case at the time.

There are also some contrasting experiences for estimates of the peak-to-trough fall in GDP, including the timing of that trough.

Revisions have led to the early 1990s recession being milder than was known in real-time. In contrast, we know now that the 2008 financial crisis led to a larger decline in real activity.

It also shows that there have been impacts on how long it has taken for the economy to have recovered.

A shallow and slow recovery followed the international financial market crash of 2007-08. After the sharp contraction following the banking system’s crash, GDP returned to pre-crash levels only in 2014.

GDP’s growth rate then fell steadily back below 2008 levels of economic activity before falling off a cliff during the pandemic.

By the first lockdown, weak economic growth and low productivity had been endemic within the UK economy for over a decade, and real-term pay had barely – if at all – kept pace with inflation.

By 2021, GDP snapped back, suggesting the economy was overheating even before Russia invaded Ukraine.

Such a rapid rise was unlikely to be sustainable. Critics argue that at that point, the Bank of England should have acted to control inflation by increasing interest rates.

However, that could have risked a fragile recovery from an unprecedented sharp fall in GDP (-9.3% in 2020).

And then Putin invaded Ukraine, changing the global economic outlook and driving prices through the roof. An already weak economy facing inflationary pressures could not absorb the economic consequences of war.

If, as predicted, a deep recession follows, its roots will be deep. Avoiding or minimising the impact of future economic downturns will mean addressing systemic flaws within the UK economy.

Those flaws include the UK’s overwhelming reliance on the financial services sector to drive economic growth, underlying economic inequalities within the UK, and building increased resilience in its economic base

Parental wealth is becoming more important in determining how much money you have.

The pandemic and its aftermath may have further increased wealth and wealth inequalities. Increases in saving were greatest for the well-off, and asset price rises also benefited them.

Rapid rises in wealth for those who already owned some wealth have coincided with long-term stagnation in earnings.

This slow-down in earnings has meant that younger generations can no longer expect greatly improved living standards as they age.

For example, typical income for those born in the 1940s and 1950s approximately doubled, in real terms, between their late 20s and early 50s.

Robert Joyce, Deputy Director of IFS, said: “A generation of Britons rode a wave of growing asset prices, pushing up the value of their houses and investments.

Meanwhile, more than a decade of stagnant earnings has held back younger generations for whom earning their own economic success has become increasingly difficult.

The fact that we can no longer be sure that the young will grow up with living standards that match their predecessors is a remarkable social change.”