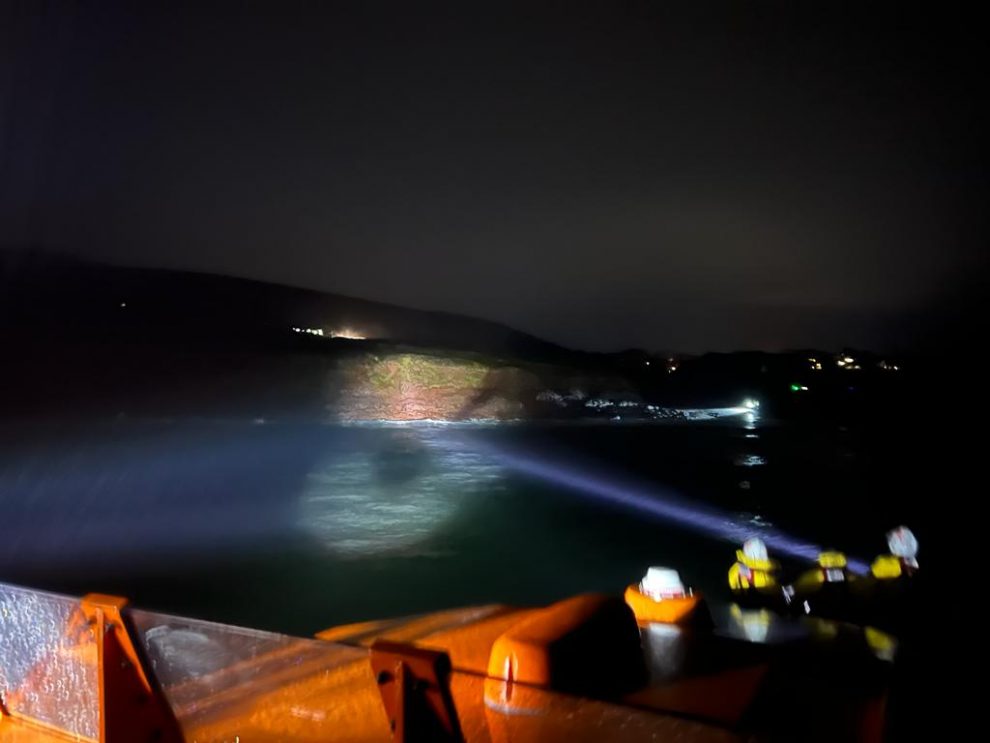 TENBY’S all-weather lifeboat was launched at approximately 9pm on Sunday, September 11, following a report of two people cut off by the tide at the west end of Manorbier.

After the crew pushed their way past the massive crowds that had gathered to support the ongoing Ironman event, the boat was soon on the water and headed toward Manorbier, six miles west of Tenby.

Whilst HM Coastguard Tenby and Heddlu Dyfed-Powys Police searched the shoreline, the lifeboat searched from the sea, using their powerful searchlights and parachute flares to illuminate the area.

After a thorough search, with nothing found and nobody reported missing, the incident was classified as a false alarm with good intent and the lifeboat was stood down to return to station, arriving at 9.40pm.