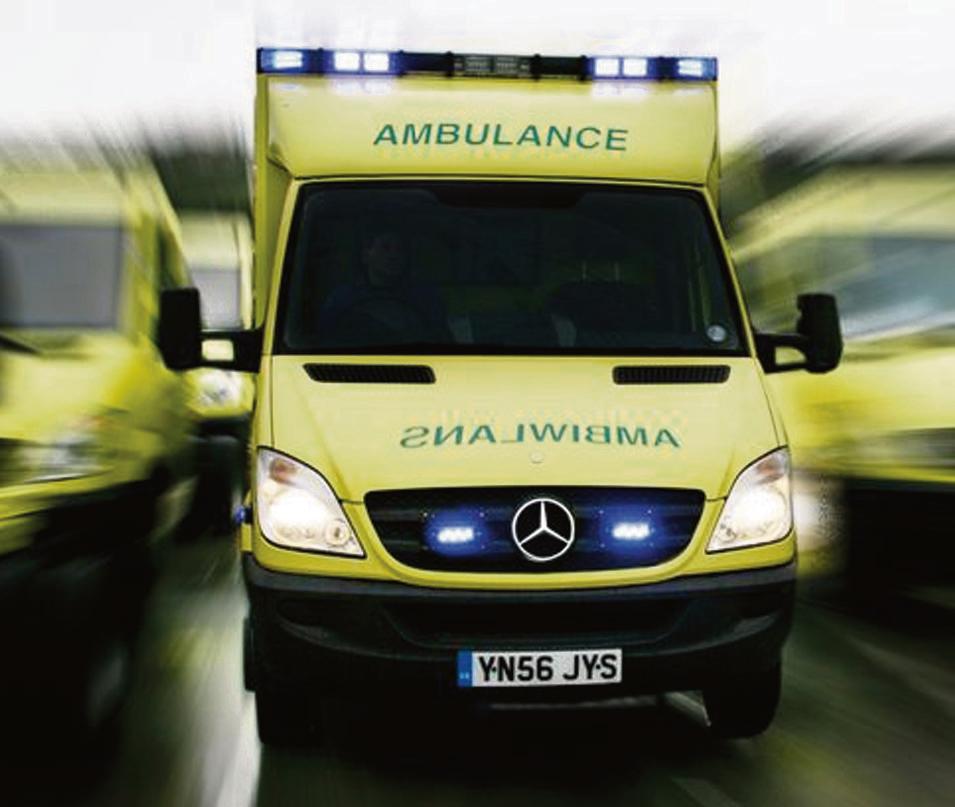 THE WELSH Ambulance Service is asking the public to continue to take precautions after the record-breaking heatwave.

Breathing problems was the number one reason people called 999 on Tuesday when temperatures in the UK topped 40C, while calls to drownings and to people with heat exposure also increased.

While temperatures have dropped from the record-breaking highs, the remainder of the week is still set to be warm, so the Trust is asking the public to continue to follow advice and use 999 appropriately.

Of the 19,517 calls made to the service across 04-18 July 2022, almost a fifth were non-essential, including from someone who had eaten a raw chicken kiev and someone with laundry detergent in their eye.

Sixteen hoax calls were also made in the same period, including from someone reporting a dog had been stabbed.

Lee Brooks, the Trust’s Executive Director of Operations, said: “Our ambulance service exists to help people who are seriously ill or injured or where there is an immediate threat to their life, so time spent dealing with non-essential calls could be time spent helping someone in a life or death situation.

“People with earache and swollen fingers still have a clinical need, but calling 999 for that need is ill-judged when there are so many other ways to access more appropriate help.

“Hoax calls are a different story altogether because it’s someone who’s gone to deliberate lengths to waste our time, which is frankly appalling.”

The Trust is asking the public to consider the alternatives to 999, starting with the NHS 111 Wales website, which should now be the first port of call for health advice and information.

“We’re not out of the woods just yet,” said Lee.

“Whilst it won’t be as hot, the remainder of the week is still predicted to be very warm with temperatures in the mid-20s for the next couple of days.

“Despite the temperature drop, there remains a very real danger to our health, especially if you have a pre-existing condition, like asthma or angina.

“Clinical colleagues have also spoken to lots of patients who aren’t hydrated enough, so while it may seem obvious, it’s really important to take on lots of fluids.

“The extreme pressures on our ambulance service have been well-documented in recent weeks, and extensive hospital handover delays, sustained higher numbers of life-threatening ‘Red’ calls and Covid-19 related staff absence remain with us.

“Ultimately, we want everyone to enjoy the warm spell, but please do so sensibly and mindfully to avoid a call to 999.”

Lee added: “I would just like to thank our staff and volunteers who consistently deliver their very best in difficult circumstances.”