Home » Athletic come from behind to stun Fishguard 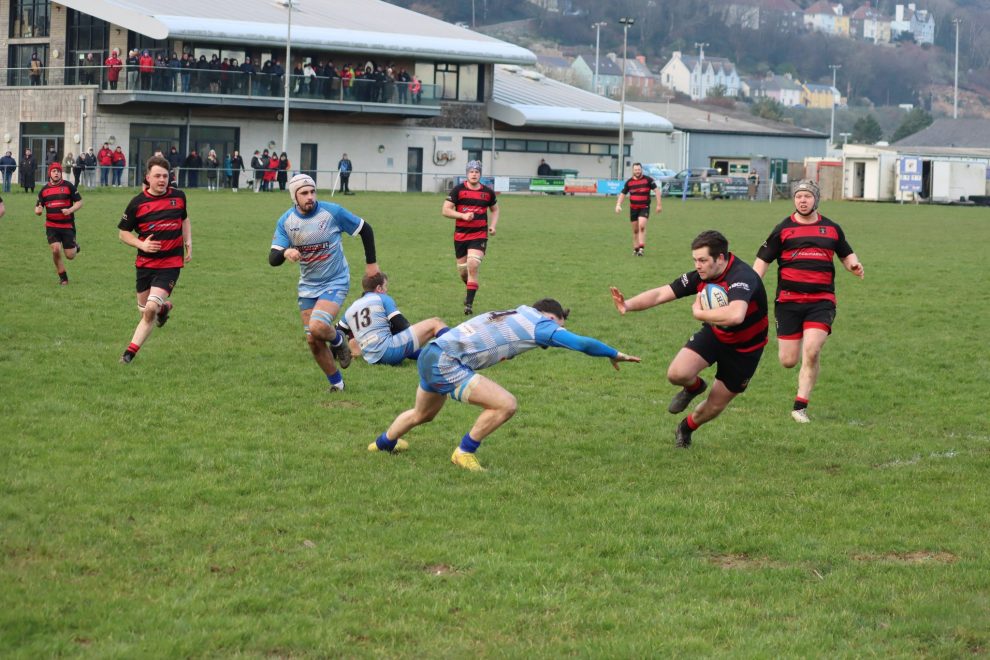 CARMARTHEN Athletic scored 22 unanswered second half points to come from behind and earn victory over Fishguard on Saturday (Jan 21).

Fishguard led 21-8 at the break but the Athletic’s fine second half display saw them earn their third win of the season. It was also their third win in a row following their wins over Milford Haven last weekend (Jan 14) and against Pontyberem in December.

Carmarthen took the lead after five minutes with a penalty from Sion Leonard.

Fishgard hit back though with two tries through Chris Shousha and Cai Llewellyn. Both converted by James Griffiths to take the score to 14-3 to Fishguard.

Robbie Thomas then crossed for the visitors to bring his side back into the game but the conversion was missed.

Fishguard then scored their third try against the run of play. As Carmarthen looked for a way through, Jake Jenkins intercepted the ball and ran on to touch down underneath the posts. James Griffiths converted to make it 21-8 at half time.

The Athletic dominated for much of the second half and reduced the deficit with a penalty by Sion Leonard.

Tomos Morgan then went over for the Athletic’s second try and Leonard converted to bring his side right back in the game with the score at 21-18.

Deian Morgan crossed to put his side into the lead and he went over again soon after to earn a bonus point for the Athletic. Leonard added one more conversion to take the score to 21-30.

The home side were unable to find a score which would have given them a losing bonus point but it was Carmarthen who were celebrating when the final whistle went.

The win for Carmarthen sees them go above Fishguard and into seventh place in the table and they now sit four points behind Burry Port.