Report and photo by Ian Parfitt

AMMANFORD fell to defeat at high flying Briton Ferry Llansawel at Old Road on Friday night (Nov 4) despite an excellent second half performance.

Ammanford were looking to inflict a first defeat of the season on Ferry and had their first chance in the 10th minute when Lee Trundle fired wide.

Ferry took the lead in the 22nd minute when Ammanford struggled to clear a cross ball, the ball falling for Tyler Brock who fired into the left hand corner of the net.

Shane Parry was unlucky not to equalise for Ammanford in the 30th minute when his solid header was tipped over the bar by Ferry keeper Rhys Wilson.

Luke Bowen and Thomas Walters spurned chances to extend Ferry’s lead before Brock’s second goal of the evening, firing home after the ball fell to him from a corner ensured that the home team went into the interval with a two goal lead.

Ammanford came out for the second half clearly determined to get a foothold in the game. With Trundle particularly influential the away team surged forward in search of a goal.

Wilson saved well from Danny Birch in the 56th minute before Jordan Langley fired narrowly over a minute later. A solid Trundle header went narrowly wide in the 70th minute.

Ammanford were clearly the better team in the second half but the ball was often not falling kindly for them in the penalty area. Joe Massoro produced an excellent save in the 88th to prevent Ferry extending their lead.

Top scorer Langley ensured a tense finish for the home team with an excellent low drive into the net in the 92nd minute to give Amnanford hope of an equaliser.

Despite a lengthy period of injury time Ammanford were unable to find a second goal and a relieved home team held on for three valuable points in their quest for promotion. Defeat for Ammanford but an encouraging performance nonetheless. 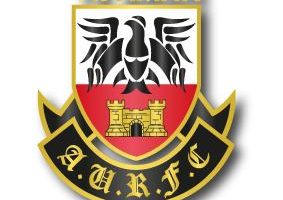