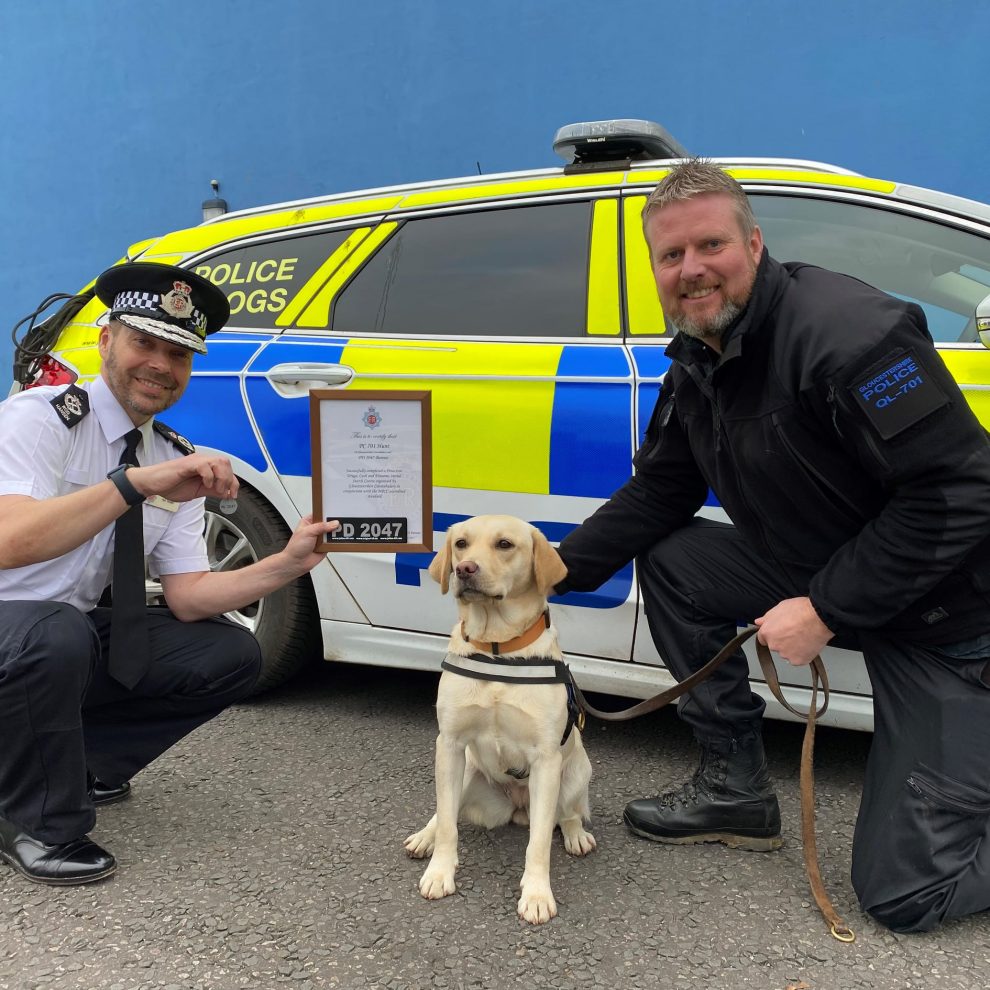 The animal welfare charity asked all 22 local authorities in Wales – under the Freedom of Information Act – how they are currently tackling illegal puppy breeding in their respective counties.

It has been revealed that local authorities received almost 1,000 enquiries from concerned members of the public in 2020 and 2021 – with this figure having increased by 6.75 percent in 2021.

Local authorities undertook almost 600 investigations over the two years, with the number of investigations increasing by 62 percent in 2021, compared to 2020.

The number of prosecutions undertaken by local authorities also doubled in 2021 (eight) compared to 2020 (four)*. Carmarthenshire and Isle of Anglesey topped the list with two prosecutions each last year.

Local authorities are responsible in law for the licensing of breeding establishments, and ensuring they uphold the conditions of their licences.

RSPCA Cymru’s public affairs officer Billie-Jade Thomas said: “It is encouraging to see local authorities acting on information given to them by members of the public, and may suggest that puppy purchasers are becoming more savvy, and are listening to advice when it comes to puppy farms and breeders. But these figures demonstrate there’s still significant issues with poor puppy breeding practices in Wales – and we’re worried they may only be the tip of the iceberg.”

The RSPCA urges anyone who has concerns about puppy selling, or if you are concerned that someone is selling puppies without a licence, to contact the local trading standards team, who are responsible for the licensing of breeders. The RSPCA will assist when necessary if there is a welfare issue and also supports local authorities by rehoming animals that are rescued from illegal breeders.

Billie added: “While we’d always encourage people to adopt a rescue dog instead, we know that lots of families want to take on a puppy.  To help them ensure they find a responsible breeder who prioritises the health and welfare of the dogs we believe it is incredibly important that they use free tools such as the Puppy Contract.

“Good breeding and care can help ensure puppies and their parents have happy and healthy lives. Irresponsible breeding and poor care can cause health and behavioural problems in puppies and stress and expense for owners – and sadly these new statistics suggest this is still all too common in Wales.”

RSPCA Cymru continues to call on the Welsh Government to improve Wales’ dog breeding laws. Back in November 2020 the Welsh Government published their response to an expert Task and Finish Group by the Wales Animal Health and Welfare Framework Group. The review had made 55 recommendations – covering issues such as improved training for local authorities and amending the controversial minimum staff-to-dog ratio to ensure staff have more time with animals; but most of these have not yet been taken on by the Welsh Government..

David Bowles, RSPCA head of public affairs, added: “The review into Wales’ dog breeding laws was a hugely important piece of work, and made some really important recommendations which could improve dog welfare and help shake off Wales’ sad reputation as the UK’s puppy farming capital.

“However, few of the 55 recommendations have been taken on board, so we urge the Welsh Government to bring forward plans to update the breeding legislation.

“Parts of Wales have an unenviable reputation for poor breeding practices. It is vital that local authorities in Wales feel equipped to tackle this serious problem, and are in a position to stamp out such incidents and ensure breeders protect the welfare of dogs and puppies involved.

“Given the overpopulation of companion animals in Wales, we’d instead urge people to strongly consider adopting a dog or puppy in need of a second chance – rather than potentially funding yet more breeding; some of which – as this data shows – could be compromising welfare.”

Llanharan-based charity Hope Rescue recently took in 45 dogs and puppies that had been part of a local authority investigation.

Vanessa Waddon, from Hope Rescue, added: “We are pleased to see both the number of investigations and prosecutions increase. This is indicative of increased public awareness of the devastating impact of low-welfare and illegal breeding.

“We are also seeing the positive impact of increased enforcement resources from the Welsh Government following the BBC Wales Investigates expose into poor conditions at licensed breeding premises.

“We are pleased to support local authority investigations and recently took in 45 dogs and puppies signed over from an illegal breeder in a shocking condition.

“However, there is still a lot of work to do to raise standards and we fully support the RSPCA’s calls to implement further recommendations from the dog breeding review in 2020.

“The key will also be in ensuring that local authorities are properly resourced and trained to meet the significant challenges ahead if Wales is to truly tackle the issues highlighted in the review and lead the way in tackling low-welfare breeders prioritising wealth over health.”

Trading Standards Wales is currently undertaking a project – the Local Authority (Animal Licensing) Enforcement Project – on behalf of the Welsh Government which looks at supporting Councils to ensure consistent enforcement of dog breeding laws across Wales. Hope Rescue and the RSPCA have also provided training as part of this project.

Trading Standards Wales has also been working in conjunction with Crime Stoppers to develop some material for encouraging members of the public to report concerns.

Gareth Walters – head of trading standards at Monmouthshire County Council and strategic lead on animal health and welfare for Trading Standards Wales – commented: “Members of the public are recognising more and more the problems associated with both illegal dog breeding and the importance of licensed breeders complying with legal requirements.

“Already stretched local authority resources face competing priorities and this often doesn’t enable all intelligence received to be developed and investigated locally, especially where it relates to UK wide criminality. The establishment of a Local Authority Enforcement Project in partnership with the Welsh Government has enabled a pilot approach to be undertaken with specialist support being developed to support local authorities.

“This is developing effective, consistent inspections and investigations, targeted enforcement of identified organised crime as well as identifying changes to the current legal requirements to improve both animal welfare and consumer protection.”

Gareth also encouraged anyone with any knowledge or concerns regarding puppy breeding to report the matter and this can be done anonymously through Crime Stoppers on 0800 555111 or online at www.crimestoppers-uk.org

Members of the public can find out more information about buying a puppy online. The Puppy Contract can be downloaded for free from www.puppycontract.org.uk. The Puppy Contract is a guide to how to responsibly source a puppy which can help prospective purchasers find a happy, healthy dog.

Those concerned about a breach of licensing regulation should contact their local council. Separately to this, anyone with dog welfare concerns can contact the RSPCA on 0300 1234 999 or consult the charity’s website.

Gigi, an 11-month-old chocolate Labrador was grossly overweight when she was found with more than 200 breeding bitches, stud dogs and newborn puppies, including Bichon Frises, Shihtzus, Cockapoos, Cavaliers, Labradors and Cocker Spaniels.

Following a Trading Standards led investigation, 66 dogs subsequently came into the care of the RSPCA and went to several of the charity’s rehoming centres. Llys Nini Animal Centre in Swansea took in Gigi and 15 other dogs and it wasn’t long before Jack Davies, an animal care assistant there, realised she would make an ideal companion for his family’s other dog, a 16-month-old Labrador called Bryn

Jack said: “Gigi was very overweight and we suspect she was probably being fattened up to breed from. She could only manage very short walks and then she’d just lie down absolutely exhausted. With the right food and daily exercise, the weight has come off fairly quickly and she’s a much healthier size now.

“Despite her past, she’s a very sweet-natured dog and is always pleased to see people. She loves Bryn – who also came from a puppy farm – and you often find them snuggled up on a chair together. They get up to lots of mischief, you can’t turn your back for too long before the pair of them are off doing something they shouldn’t! It’s amazing to see her happy and healthy after everything she has been through.”

Some of the dogs and puppies that arrived with Gigi were found to have an intestinal infection and needed weeks of treatment before they could be rehomed. Unlike Gigi, many were nervous and needed patient and gentle handling.

Two people found themselves in court this year after they neglected 21 dogs which were found living in unhygienic and hazardous conditions.

Many of the dogs – which included Yorkshire terriers, Saluki crosses, French Bulldogs, Bichon Frise, Labradors, Patterdales, Jack Russell terriers and Cocker Spaniels – were found by the RSPCA to be underweight with severe skin disease conditions.

While sentencing, the District Judge referred to there being a commercial element on what appeared to be a puppy farm and the court heard neither of the defendants had a breeding licence.

Following treatment, the dogs were rehomed by the RSPCA. One of them entered RSPCA care looking like a skeleton and had mange. But thankfully she went from strength to strength and has been rehomed. Another dog, a young Labrador, later joined Gloucestershire Constabulary.