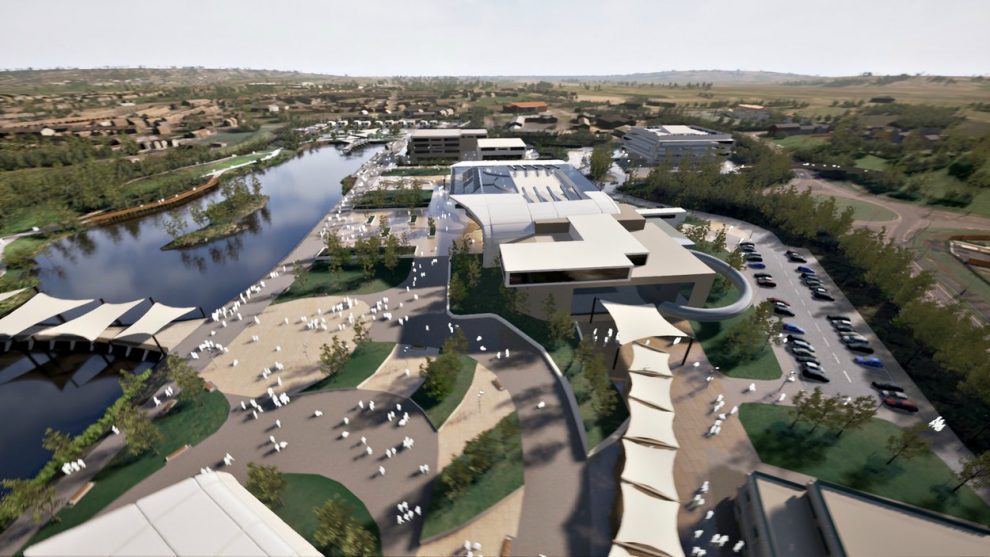 SWANSEA University has issued a strongly-worded response to media reports regarding its dismissal of senior staff over their entanglement with the company boosting Llanelli’s controversial Wellness Village scheme.

A lengthy Police investigation into the scheme recently concluded with no criminal charges brought.

The multi-million-pound development scheme descended into chaos after the Council dropped its development partner, Sterling Health.

Although Carmarthenshire County Council’s internal review revealed serious concerns about Sterling’s ability to deliver the project, the authority concealed those concerns from its City Deal partners.

Swansea University immediately withdrew from its involvement with the project.

A subsequent investigation into University staff’s involvement with Sterling led to disciplinary proceedings and the dismissal of the Dean of the School of Management, Professor Marc Clement.

Professor Clement was a director of Sterling’s predecessor in the deal, Kent Neuroscience. When Kent Neuroscience withdrew and subsequently folded, the same directors set up Sterling and were the only tenderers for the fresh contract.

Professor Clement, along with former Carmarthenshire CEO Mark James, was engaged in a separate project with Sterling. The University alleged he failed to disclose his financial interest in Sterling.

When the Police ended the investigation, Professor Clement told the BBC the Police investigation had cleared him of any criminality and heavily criticised the University for both dismissing him and stepping away from the Llanelli project.

Professor Clement did not say how the project could proceed without Sterling’s involvement and after Carmarthenshire County Council unilaterally ended its agreement with Sterling and Swansea University.

The Swansea University statement makes no bones about its confidence in its procedures and the outcome of disciplinary proceedings against staff embroiled with Sterling.

The police have confirmed to Swansea University that there was evidence of potential criminal offending identified and secured against individuals and companies subject to their enquiry. This was submitted as part of the file of evidence to the Crown Prosecution Service.

Detective Chief Superintendent Steve Corcoran, Head of Protective Services Wales, said: “There was evidence of potential criminal offending identified and secured against individuals and companies subject to this enquiry and this was submitted as part of the file of evidence to the CPS who subsequently made their decision that it was not in the public interest to proceed with any prosecutions.”

According to the CPS Prosecutors’ Code, decisions not to proceed in the public interest do not mean no evidence of criminal conduct exists.

The university’s decision to dismiss Marc Clement was based on serious breaches of Swansea University procedures and was never dependent on a criminal investigation by the police or a decision to prosecute by the CPS.

Marc Clement was dismissed for having a serious conflict of interest which he failed to declare to the university.

Along with a number of others, Marc Clement personally stood to receive significant amounts of money through a substantial equity share in the Sterling Health company, which would have part-owned the Wellness Village venture, as well as employment in the company.

Whilst the CPS may have decided it is not in the public interest to prosecute this case, the evidence compiled by the university will obviously come out during the employment tribunal, which will take place in the public domain, should the individuals still wish to proceed.