Home » The Women’s Tour of Britain returns to Carmarthenshire 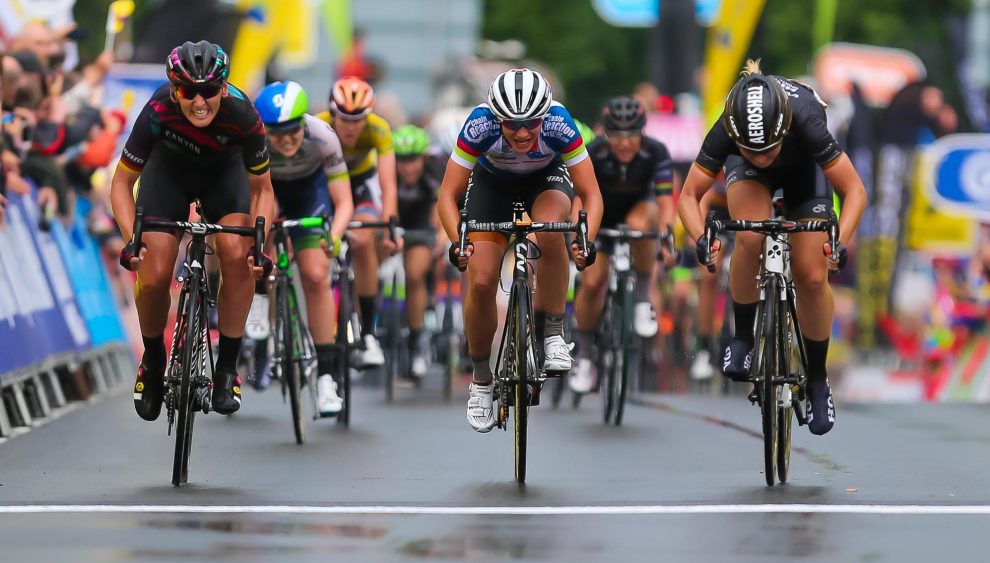 Carmarthenshire is to host the Women’s Tour of Britain, a major televised road cycling race, for the second time.

Some of the world’s top cyclists will race through the picturesque landscape of the Black Mountain on the western side of the Brecon Beacons National Park to the finishing line near Llangadog as part of the stage five event.

Organisers SweetSpot revealed the event details which is to be held on Friday, June 10, to coincide with International Women’s Day.

Riders competing for the title will roll out from sea level at Pembrey Country Park which has also previously hosted the Grand Départ of the men’s Tour of Britain as well as the overall finish of the Women’s Tour in 2019.

It is the second hill-top finish in Women’s Tour history and the toughest route says organisers measuring 7.2 kilometres in length with the Black Mountain averaging a gradient of 5.3% and ramping up to 21% in places.

The route was previously tackled during the final stage of the 2019 race when British rider Hannah Barnes (Uno-X Pro Cycling Team) climbed it the fastest in a time of 20:50.

He said: “To be chosen as a host a stage of the women’s tour once again goes to show that we remain as the top location for cycling in Wales attracting the world’s top cyclists in major televised events.

“Not only are we able to showcase high profile events such as this but with the inspiring views of our countryside, delicious pit stops and cycle friendly places to stay, the county is also fast becoming the perfect place for ‘bikeations’ or cycling holidays.

“We look forward to welcoming the Women’s Tour of Britain once again and hope it inspires our community to get on their bikes.”

This year’s Women’s Tour departs on Monday, June 6, and coincides with the final day of a four-day Bank Holiday weekend in the UK to celebrate Queen Elizabeth II’s Platinum Jubilee. The race will culminate with a prestigious finale six days later on Saturday, June 11.

“High profile events can inspire people to take up cycling for fun and competition and we hope it will further encourage more women and girls to get involved – we’ll look forward to seeing everyone on the roadside come June.”

Further details of stage five, including the full race route, timings and ŠKODA Queen of the Mountains locations, will be unveiled in due course.

Mick Bennett, Women’s Tour race director, said: “We’re thrilled to be returning to Carmarthenshire in 2022 as the county continues to showcase its beauty and healthy living credentials through cycling.

“This stage promises to be unforgettable – I couldn’t think of a better place to start it than Pembrey Country Park, where fans have turned out in force historically to welcome both the Tour of Britain and Women’s Tour.

“Following the scenic route we’ll take through the county, I cannot wait to see how the racing plays out on Black Mountain. We’ve long wanted to test the world’s best riders on a climb of this stature, reputation and difficulty, and I know they’re going to put on a show for us!”