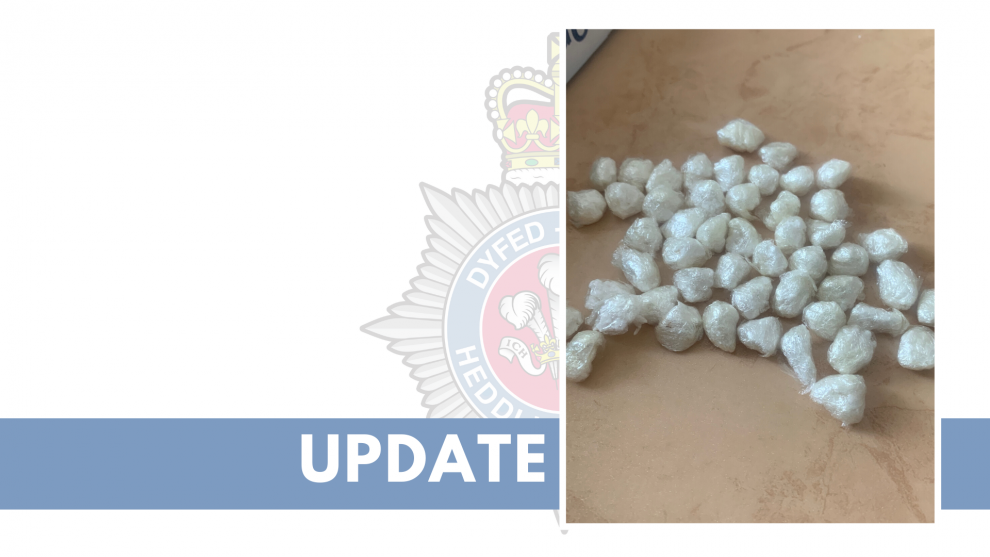 NINE people have admitted conspiracy to supply class A drugs as part of a gang trafficking cocaine into Carmarthenshire.

Dyfed-Powys Police’s Serious and Organised Crime Team has dismantled an organised crime gang transporting the class A drug between Swansea and Pontarddulais into Llanelli as part of an undercover investigation named Operation Elegant.

The team carried out a series of 19 pre-planned warrants at homes across Llanelli in October 2020 after receiving information that the occupants were concerned in the supply of cocaine.

Officers had already searched the West End address of Neville Ayres following a stop check the previous month, which saw over 255g of cocaine with a street value of more than £22,700 seized from the footwell of his car.

The warrants resulted in the arrest of 13 people suspected of being involved in a conspiracy to supply cocaine into Llanelli between May and October 2020.

Nine people were charged and admitted the offence at Swansea Crown Court.

Detective Constable Mark Jones, who headed up the operation, said: “This was a significant operation for the force, and in particular the Carmarthenshire division, with officers from a number of departments involved in planning and executing the warrants, examining the seized items, interviewing all 13 suspects and putting together a strong file of evidence for the CPS.

“Thanks to the hard work of all those involved, charges for conspiracy to supply class A drugs were brought against nine defendants – all of whom have now admitted the offence.

“There’s no doubt that the involvement of this many people in the supply of drugs in one area was linked to an organised crime gang operating on a larger scale, and our work will have seriously disrupted this supply chain into the county.

“I would like to thank the investigation team for their dedication and commitment, and reassure people living in Llanelli that we will continue to act on their concerns about drugs use and supply in the area.”

The following defendants are due to be sentenced at Swansea Crown Court next month: