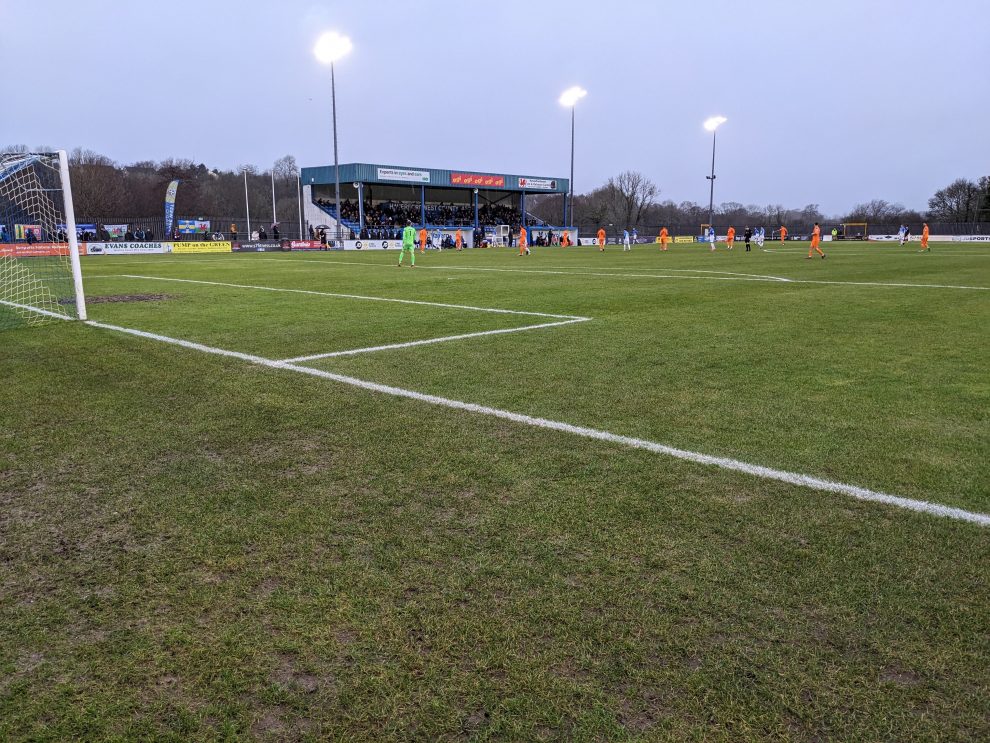 Pontypridd earned a dramatic late victory over the Bluebirds on Boxing Day, a win which boosted their hopes of getting out of the bottom two.

Meanwhile, that result left the Bluebirds five points off sixth placed Penybont, a gap which increased to six after Friday night’s games.

It may be a tough task to earn that sixth spot and a place in the top half for the second phase of the season, but Tony Pennock will know that his side will need to get as many points as possible if they are to have a chance of European football.

With three games left before the split, and with games coming up against TNS (A) and Connah’s Quay Nomads (H), the Bluebirds were targeting this as a must-win.

There was an early chance for the visitors but a free kick was hit straight at the Haverfordwest wall.

Jack Wilson then created the home side’s first real chance of the half as he crossed into the box but it was just in front of Ben Fawcett.

Pontypridd won a number of corners but they were unable to test the Haverfordwest keeper.

Ben Ahmun tried his luck from range but saw his effort go wide.

Ioan Evans then crossed into the box for Jordan Davies but his header was wide.

Towards the end of the first half Bluebirds sent a couple of inviting crosses into the box but no one could get on the end of them.

The first half ended 0-0 with both sides needing to find a bit more quality in the final third.

The second half was just two minutes old when the first goal of the game came and it was the visitors who went ahead.

Elliot Richard’s cross into the box was spilled by County keeper Zac Jones and Clayton Green was on hand to tap the ball in.

Ioan Evans shot from range but he saw his effort fly over the bar.

Evans then crossed into the box but it was just in front of the two County players and the Ponty keeper gathered the ball.

With ten minutes to go there were shouts for a penalty from the home side but the referee gave nothing.

As the clock ticked on to 90 minutes the Bluebirds were awarded a free kick. Ioan Evans fired the ball in towards goal and it wasn’t dealt with by the keeper who dropped it into the net.

Four minutes of time were added on and there was still time to get a winner.

Neither side could find one though and both would have to settle for a point.