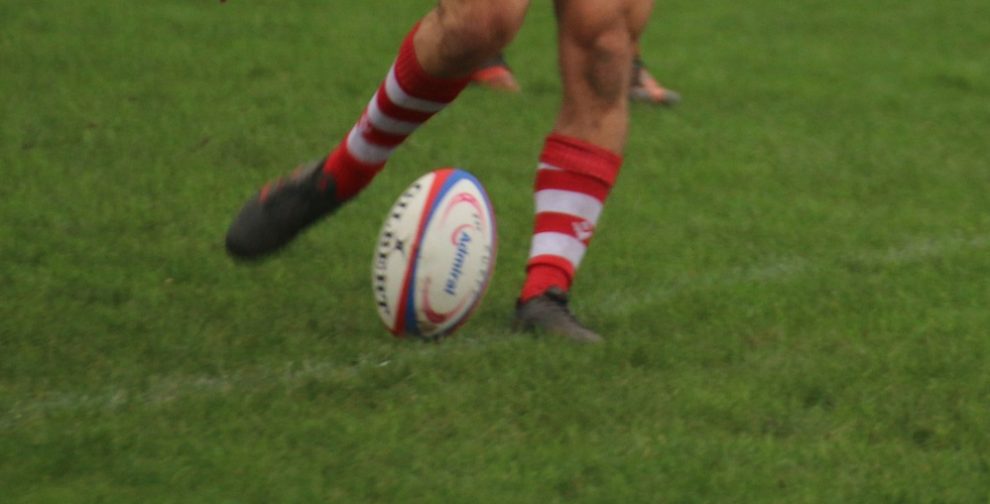 ABERYSTWYTH took advantage of the top three not playing on Saturday (Nov 12) as they beat Pembroke 73-19.

Aber kicked off with the breeze behind them and were quickly on the front foot with a series of rucks, earning a penalty at the first scrum and pinning the hosts back on their try line. The home side cleared from a defensive scrum but Aber won the lineout and used their backs for Matthew Jacobs to break the line before feeding Dylan Benjamin to go over for an unconverted try and a 0 – 5 lead.

From the restart Aber again played the ball wide but a knock-on and penalty saw Pembroke gaining possession and Aber retreating to 10 metres from their line. Several tightly contested scrums for both sides resulted in the hosts kicking for the corner and after several rucks Pembroke’s Aaron Williams went over in the corner for a well converted try to give his side a 7 – 5 lead. Aber quickly exerted pressure in the loose and kept the ball moving with tapped penalties and good rucking to the Pembroke line for Carwyn Evans to break through to score by the posts. The conversion by Steffan Rees helped Aber regain the lead at 7 – 12.

Straight from the kick off Aber won possession and rucked and box-kicked to the halfway line and from a midfield fumble by Pembroke, Carwyn Evans broke free and passed to Iestyn Thomas to score another converted try to increase the lead to 7 – 19.  Dominance in the loose meant Aber were quickly back on the attack and slick passing along the backs resulted in Ben Jones breaking though to score a bonus – point try from a distance, converted by Steffan Rees to move further ahead by 7 – 26. Aber’s lineout performed well throughout the game and they used set-piece and ruck ball at every opportunity to feed their dominant backs. This soon resulted in a rapid move out wide for Ben Jones to score an unconverted try in the corner, moving the score on to 7 – 31.

The restart kick was cleared to halfway by Aber, but a penalty and ill-discipline by Pembroke allowed an easier kick to the corner and more Aber pressure resulted in a penalty under the posts. A quick tap saw Charles Thomas go over for a converted try to take the score to 7 – 38 at the interval.

Despite having wind advantage Pembroke were quickly pinned back by Aber from the restart. With good rucking by the forwards and clever kicking by the backs play remained around the hosts’ 22metre line. They absorbed the pressure and broke out of defence putting pressure on Aber in their 22. Loose play by the home team though resulted in a line break by the visitors with Chris Jones running in a 70 metre solo try down the touchline. With a lead of 7 – 45 Aber continued to apply pressure with rucking, box kicking and smooth passing through the backs resulting in Iestyn Thomas breaking through to score a try from 40 metres out. Although the hosts were now 7  – 52 down they quickly gained possession from the restart and put pressure on Aber’s line with a series of rucks 5 metres out. Although Aber defended well they gave away several penalties allowing the hosts to kick to the corner and exert further scrum pressure resulting in a score by Pembroke’s Luke Alderman which he also converted. Closing the gap to 12 – 52.

In the final stages of the game Aber were keen to play even more open rugby, and with a side-step on Pembroke’s 10 metre line, Carwyn Evans created a gap and ran in a try under the posts. Pembroke 12 Aber 59. The game became even more open and Aber proved the stronger in the loose, running in well worked converted tries by backs Kanjama Fusuluku and Matthew Jacobs to take the score to 12 – 73. Pembroke continued to fight back and were rewarded with a late try by substitute Jamie Brayford converted by Luke Alderman to close the scoring at 19 – 73.

Crymych had been due to play Llangennech on Saturday but their game was postponed, as was Emlyn’s game at Felinfoel.

Elsewhere, Gorseinon earned a 37-19 win away at Gowerton and Llanelli Wanderers beat Whitland 34-17.

There was a high scoring game between Hendy and Penclawdd but it was the home side who edged it by 36 points to 34. 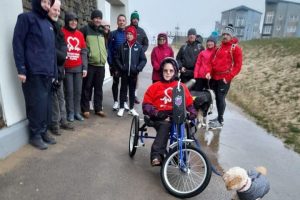