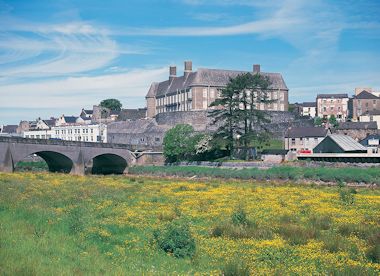 Carmarthenshire MP Jonathan Edwards has welcomed the decision of the British Governments to recognise nuclear test veterans with a specific medal.

Nuclear test veterans and their descendants have fought a long campaign to be recognised by the British Government.  The decision to issue a medal for veterans has been made 70 years after the first nuclear test by the British State off the coast of Western Australia.

Veterans and their children have suffered a series of health complications following the tests.  Mr Edwards had previously tabled a motion in Parliament calling for a specific medal for nuclear test veterans after successive British Governments had denied a specific recognition for their contribution.

“Nuclear test veterans and their families have fought a long campaign for official recognition from the British Government.  Every other State that has developed nuclear weapons has recognised their test veterans, many of whom have suffered serious ill health or died prematurely.

“These health complications have also impacted on their children who were far more likely to suffer from birth defects.  These veterans were often ordered into dangerous contamination with little or no protection.

“During the Statement in the House I had the opportunity of congratulating campaigner Alan Owen , Founder of Labrats, who resides in Carmarthenshire for his tireless campaigning on behalf of Veterans.

“I also called on the Minister to further recognise the sacrifice of these veterans by releasing their medical records in full to survivors and the families of those who have left us.”