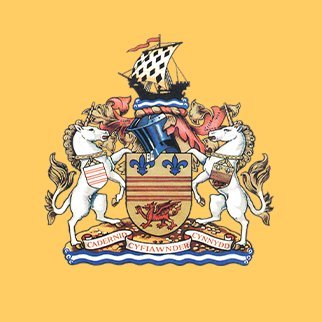 Carmarthen went into this match hoping to reverse the disappointment of last week’s defeat against Briton Ferry and at the same time arrest United’s impressive sequence of wins which have taken them to the top of the Cymru South League table – however sadly, despite patches of decidedly promising football from the Old Gold, neither aim had been achieved.

Mark Hazlewood made two notable changes from last week in his defensive line-up bringing in goal-keeper Nick Jones and starting with midfielder Greg Walters alongside Lee Surman in central defence.

The early stages of the match were fairly evenly balanced and mainly confined to the midfield with neither goal-keeper seriously tested. Yet eventually on 11 minutes Noah Daley from the edge of the penalty area sent a short cross to Tom Dyson who wastefully fired the ball too high.

Then after14 minutes Jordan Vickers embarked on a rapid sprint along the right flank before crossing the ball infield to Liam Thomas who quickly dispatched a promising 20 yard drive which goal-keeper Mike Lewis turned over the bar with a smart save.

During that opening spell United too saw plenty of the ball and while their approach play was attractive and often penetrative the Carmarthen defence, centred around Lee Surman and Greg Walters, coped well – and on the occasions when goal-keeper Nick James was called into action his positioning and handling was impressive.

That remained the case until well into the first-half when, in the 30th minute, Walters went into a challenge for the ball with Kayne McLaggon in the centre-circle – that challenge and the confrontation that followed was regarded by the referee to be a sending-off offence and the Old Gold captain left the field.

But worse was soon to follow for Carmarthen – on 38 minutes Liam Warman, from 20 yards, struck a fierce drive which took a huge deflection that left Jones with no time to react and prevent the ball from hitting the back of the net.

After the interval Barry immediately put the Old Gold defence under pressure with a series of attacks. On 50 minutes following a corner-kick into a packed goalmouth Curtis McDonald saw his close-range header turned away by Jones – straightaway the ball was returned into the goalmouth but Mathew Delaney, who had slotted admirably into the central defender role vacated by Walters, was alert to the danger and managed to head the ball away to safety.

Then after 58 minutes McKaggon broke into the penalty area and from 10 yards struck a fierce shot which Jones, demonstrating remarkable reflexes, was quickly down to smother the ball.

By this stage Barry were largely dominating the open play but the ten men of Carmarthen, to their credit, were withstanding that pressure – helped on several occasions by some poor

approach play and wayward finishing from the opposition. In fact the Old Gold had a late opportunity to score an equaliser when Vickers, on the right flank, fired a huge cross to the far side of the goal area only for late substitute Trystan Jones to produce a poor shot that went wide of the goal.

While perhaps not many (if any) of the Old Gold’s loyal travelling supporters were expecting the team to avoid defeat against the League leaders but for 30 minutes that outcome seemed a distinct possibility – then just one rash incident and reality took over!

It seems to be a long time since Town’s last win – the stunning match at Llanelli – and although the Old Gold remain in fourth place in the Cymru South League table all the clubs around them have played one game fewer.

Carmarthen’s next fixture is against Taffs Well on Tuesday, December 6, k/o 7.30pm at Richmond Park.