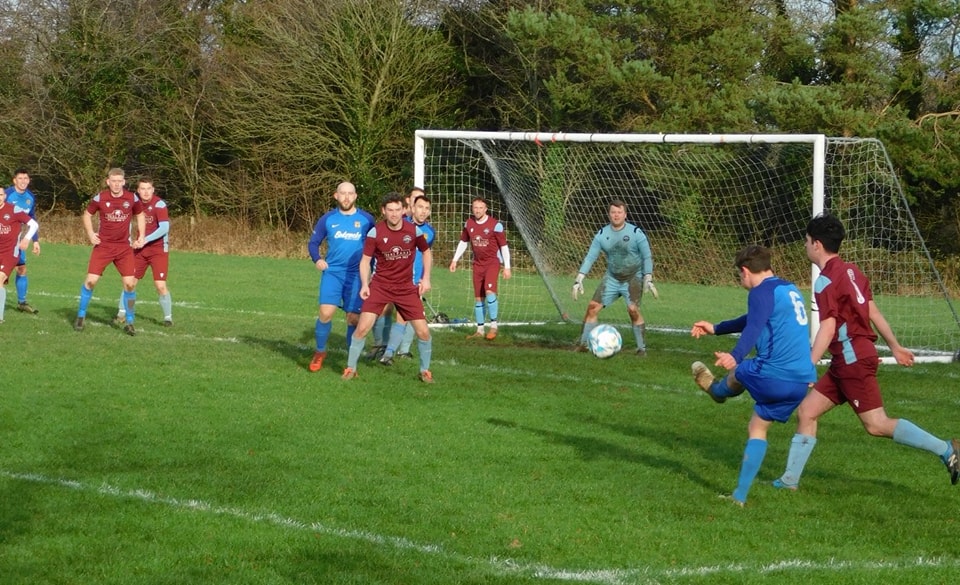 CAREW moved up to fourth place in Division 1 on Saturday (Jan 14) as they beat St Clears 6-0.

The Rooks opened the scoring in the second minute as Marcus Griffiths superbly volleyed in from a Shaun Whitfield inswinging corner.

Griffiths doubled the lead in the 18th minute when he was put through by Spencer Williams, going one on one with the keeper before finishing.

Just a minute later Williams sent a corner into the box and Sam Southcott headed home to score his first goal for the club.

It was 4-0 after 20 minutes as Archie smith scored at the back post after Dylan Morgan’s low cross.

The fifth goal came in the 63rd minute as Jordan Richards’ shot hit the post before coming off the unlucky Steffan Jenkins and into the net.

Smith completed the scoring in the 76th minute as he finished well inside the box to make it 6-0 and seal their fifth win of the season.

They now sit a point behind third placed Hakin but having played three games more.