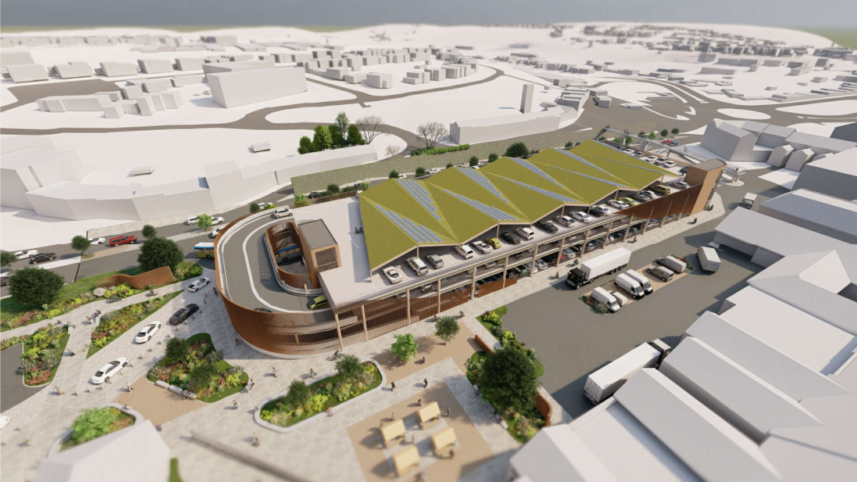 A KEY committee at Pembrokeshire County Council today (Monday, Jan 23) voted to send a decision to proceed with Stage Two of the landmark Haverfordwest Transport Interchange back to Cabinet for further consideration.

The Conservative Group on the Council called in the plans to the Services Overview and Scrutiny Committee. They claimed the Cabinet had written “a blank cheque” to fund the project.

The Interchange project’s original budget was £6m, subsequently rising to £8m. At the Cabinet meeting on Monday (Jan 9), Cabinet member Rhys Sinnett let slip that it now needed additional funding of around £8m on top of the £8m budgeted. That brings the project’s cost to around £16m.

In addition, Cabinet members considered a restricted report – unavailable to the public – that set out further financial issues surrounding the ambitious project’s completion.

The Conservatives argued that a commitment of such size needed more and better public scrutiny. They expressed dismay at doubling the development’s costs and concern that building the project could cost the Council even more than £16m and lumber Council Taxpayers with the bill.

On Friday, the UK Government announced the Council’s bid for money from its Levelling Up fund had not succeeded.

At Monday’s meeting, Cabinet member Paul Miller tried to persuade members of the Services Overview and Scrutiny Committee not to send the proposal back to Cabinet. He said the Council had already committed to the scheme, and a delay in progressing it jeopardised current and future funding streams. Paul Miller expressed concern that the appearance of second thoughts on the Council’s part could affect Haverfordwest town centre’s regeneration.

He added that delay could increase costs or lead to a less desirable outcome for the site’s development.
Committee members remained unswayed by Paul Miller’s words. Although he tried to reassure members about the project’s final costs and was optimistic about future funding and finance, again and again, Committee members returned to the massively increased project budget and controlling costs.

In particular, they pointed out that part of the project’s finance included an effective mortgage over the Council’s car parking income for years ahead, thereby hitting already stretched future revenue streams.
The Committee voted 9-4 to send the project decision back to the Cabinet.