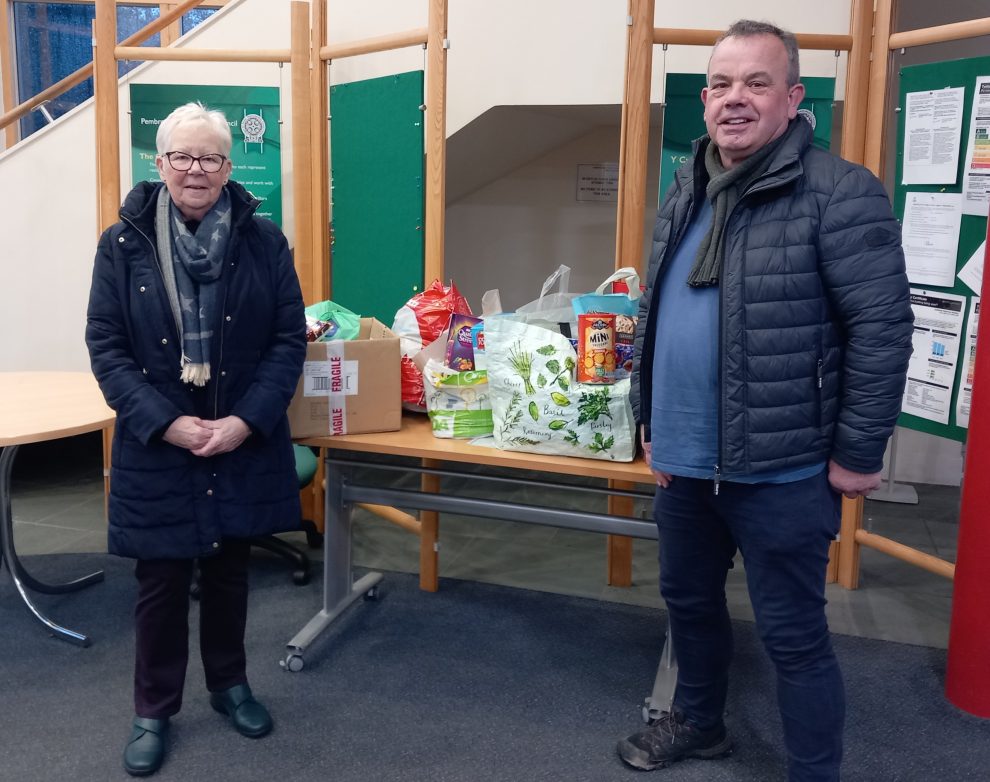 Cllr Pat Davies, Council Chairman, said: “I’m delighted that council staff have supported PATCH with donations, and this collection adds to those already made by other service areas in the local authority. PATCH work hard to support people across the County in times of need throughout the year and that is appreciated even more at Christmas.”

Cllr Davies’ plan for donations to be left by councillors at the last full council meeting before Christmas was scuppered by the icy weather but it is hoped that collections will be left in the New Year.