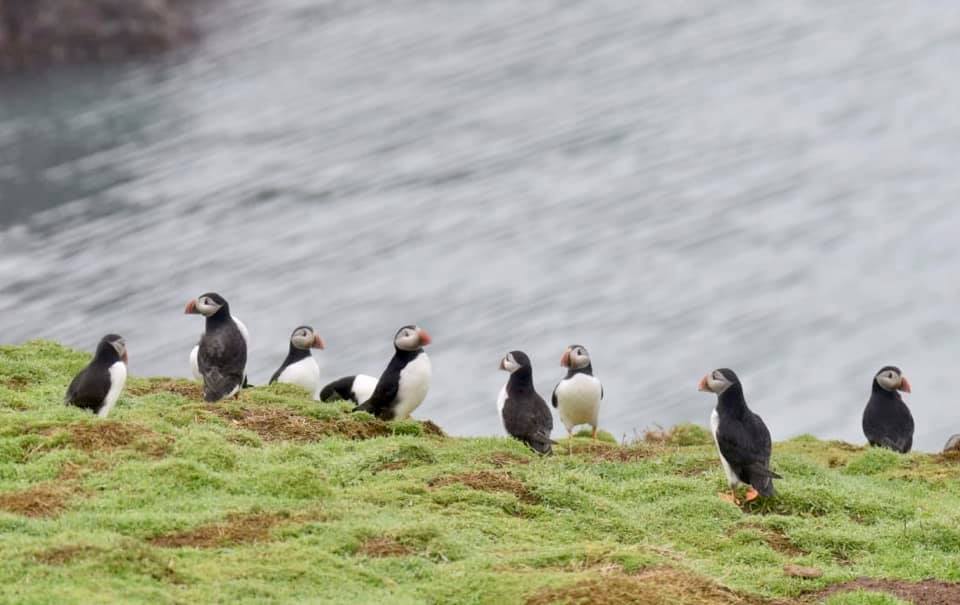 THE WILDLIFE Trust of South and West Wales (WTSWW), which looks after Skomer Island, has been on high alert ever since a local fishing boat got stuck on rocks on the island’s south shore early on Wednesday.

The Angle RNLI lifeboat responded to the four fishermen’s Mayday call and saved them after they had to abandon ship to use their life raft.

The Milford Haven Coastguard was lauded by the RNLI for their “quick, superb coordination of numerous assets in what might have been a potentially fatal situation” and the crew for having the appropriate safety gear on board.

3,000 litres of fuel were removed from the damaged 16-metre vessel before it was removed and put back on the water yesterday, December 8.

Fortunately, it doesn’t appear that any pollution was created, but there are now worries that rats might have been on board and might have jumped ship onto the island, endangering the population of the critically important seabird breeding colony.

The neighbouring island of Ramsey, where rats entered the area through shipwrecks and wiped out the puffin population, is evidence of the harm that can be done.

The WTSWW staff is currently taking every precaution to prevent similar effects from Tuesday’s wreckage.

Lisa Morgan, the trust’s head of islands and marine, said that now that the fishing vessel has been removed with no apparent pollution caused, the greater concern is the possibility of rats being on shore.

“Rats could have a devastating impact on the burrow-nesting birds on Skomer Island if a population were to become established,” she said.

“Skomer is unmanned over winter, but our staff are preparing to travel back to the Island to deal with this emergency.
The WTSWW island team is currently following “the toughest of protocols” to lessen the likelihood of rat infestation from the wreck, according to a spokesperson.

This entails placing traps every 50 metres within a 500-metre radius of the crash and inspecting them twice daily for five days, as well as using trail cameras and the pre-established “surveillance stations” to keep an eye out.

She added: “With assistance from The Marine Conservation Zone, HM Coastguard, Pembrokeshire County Council, and Biosecurity For Life, WTSWW hope to ensure that the impacts of Tuesday’s shipwreck are behind them by the time the first ground-nesting seabirds, the Manx Shearwaters, arrive in March.

“Biosecurity is an essential part of conservation and a risk which cannot be taken with Skomer’s significant seabird populations.”