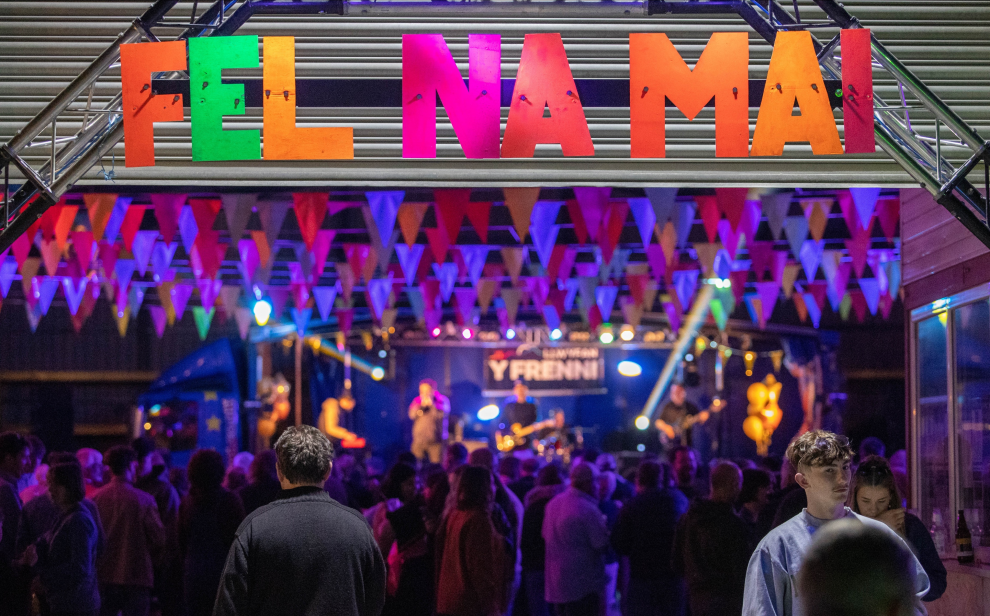 Following the sold out launch of the Welsh Language music festival – Gwyl Fel Na Mai in Crymych during May 2022, the festival organisers are excited to announce the main artists for the 2023 festival. Among the line-up this year is Lowri Evans, a talented local artist; the ever youthful, Tecwyn Ifan and the energetic band Mattoidz, who are also originally from the area. One of the highlights of the 2022 festival was the band Bwncath and they will be back to perform, along with Gwilym with their folk rock band music, Catsgam and the indie rock group, Candelas, will close the close the festival night on May the 6th 2023.

The dates set for the annual festivals is the first Saturday in May. The organisers realise that this date is a popular one for 2023 with other royal activities happening, but this Welsh Language cultural and music event in Crymych, North Pembrokeshire is set to become an important annual cultural activity. The chairman of the organising committee Cris Tomos note ” We have had support and festival volunteers from all sections of the community in and around Crymych area, over 65 volunteers in all helping with parking, health & safety, site set-up & clearing, rubbish and back stage support.” Cris added “during our first event in 2022 we had over 1,000 attending and we hope to gradually grow the event year on year. We will be asking for additional voluntary help, therefore anyone interested please do get in touch via our website www.felnamai.co.uk”

The ‘Cyntaf i r Felin/Early Bird’ tickets are now sold out, but there are still plenty of general tickets available. Last year’s festival sold out before the day, so make sure you get your tickets early enough.

Also there is now a new competition being launched in memory of two heroes of the Welsh rock scene, and in an attempt to promote new young bands in the area. The Richard and Wyn Memorial Award (Ail Symudiad) is a competition for any band or artist who is relatively new, and comes from Ceredigion, Carmarthenshire or Pembrokeshire.
Ail Symudiad band was an innovative band and one of the first from the area to play punk rock. The language of the performances will be Welsh, and relatively young bands or artists can compete without an age limit. The competition will be held at the Canolfan Hermon Hall, in the village of Hermon near Crymych, and performances may include singing or playing an instrument, with the set lasting no more than quarter of an hour.

The winner will take the Richard and Wyn Memorial Challenge Trophy, £200 and a chance to perform at this year’s Fel ‘Na Mai Festival, which will be held in Crymych on the grounds of Frenni Transport. The deadline to register is January 13, but organisers say that date could be extended. The organiser of the competition believes that there is a shortage of young bands in the Ceredigion, Carmarthenshire and Pembrokeshire areas, and that the same problem exists in other parts of Wales as well.