Home » Goodwick close the gap with win over Merlins Bridge 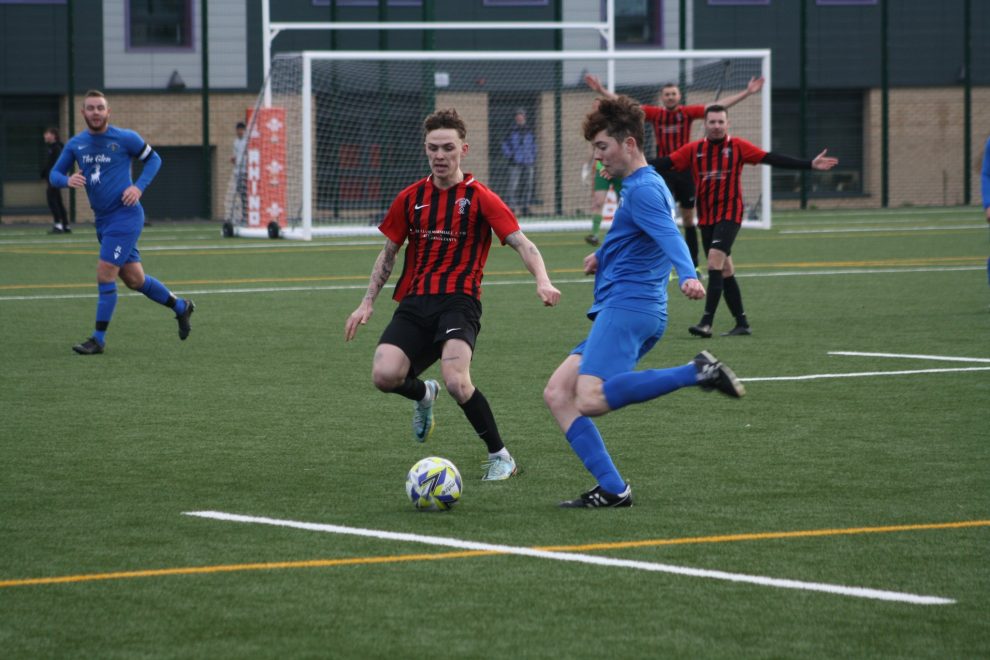 GOODWICK United closed the gap to league leaders Merlins Bridge on Saturday (Jan 14) as they beat them 2-1 at the Pembrokeshire Sports Village.

Merlins Bridge had won the reverse fixture 3-2 but Goodwick’s win sees them cut the gap to two points and they have one game in hand on their title rivals.

Goodwick went ahead early on after being awarded a penalty. Rhys Jones stepped up and scored to give his side the lead. They doubled their lead four minutes later with Rhys Dalling finding the back of the net.

Jones then set up Will Haworth but his shot was blocked wide for a corner. Jones had another chance from the corner but he sent his header wide.

Merlins Bridge had shouts for a penalty after Will Evans had won the ball back on the right but when he went down in the box nothing was given by the referee.

Joe Leahy had a chance with a free kick but it hit the wall. From the resulting throw in Goodwick won the ball back and broke with Dalling finding Dan James but his shot went wide.

On the stroke of half time Lee Hudgell sent a free kick into the box but Leahy saw his header saved.

It remained 2-0 until half time but the Wizards came out for the second half determined to find a way back into the game.

At the start of the second half, Hudgell made his way into the box before pulling the ball back for Leahy but his effort was blocked. The ball fell to Dai Davies on the edge of the box but he also saw his shot blocked.

Henry Thomas pulled a goal back late on for the home side but it proved to be a consolation effort. Goodwick held on to inflict only a second league defeat on Merlins Bridge, their other defeat coming on the opening day of the season.