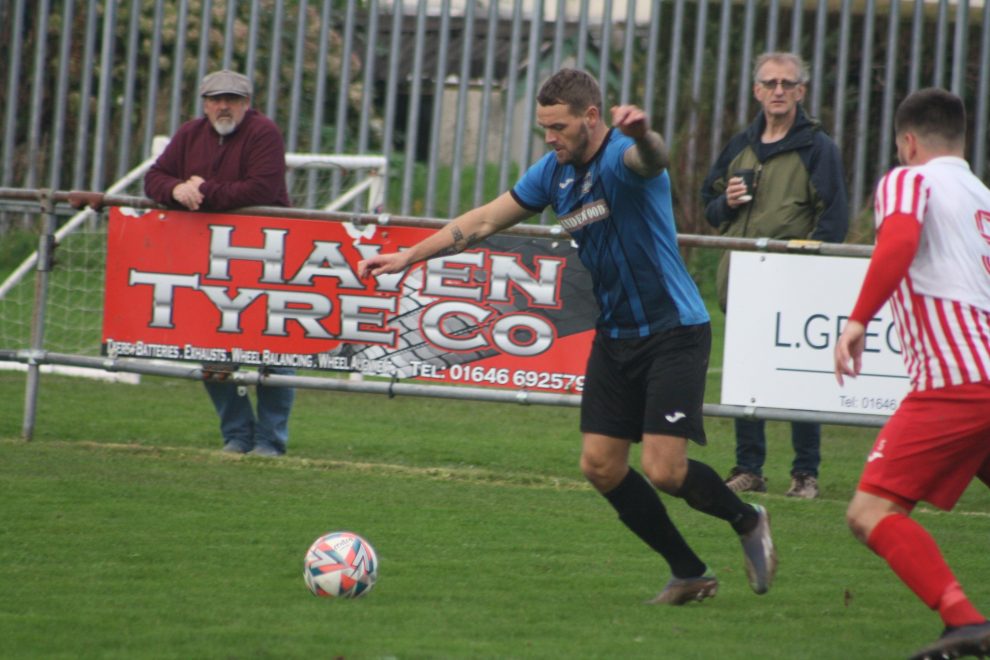 HAKIN United earned their seventh win of the season on Saturday (Jan 21) as they beat Carew 3-2.

Games between the two sides over recent times have been close affairs and Saturday’s was no different.

It was Carew who took the lead in the 15th minute as Marcus Griffiths teed up Archie Smith to score.

Their lead only last six minutes though as Adam John found Nicky Woodrow who scored to level the game. And within a minute they were ahead as Woodrow scored again, turning the game around.

The Vikings held on to their lead until the break and just eight minutes into the second half they scored again through Shane Walsh.

Sonny Phillips pulled a goal back for Carew ten minutes later but despite their efforts they were unable to find an equaliser and Hakin held on for the win.

The win moves them 12 points behind second placed Merlins Bridge, on whom they have five games in hand.

Hakin take another break from league action on Saturday, January 28, as they travel to Wrexham to take on Rhos Aelwyd in the last 16 of the FAW Trophy.

Carew are in action in Division 1 as they visit Clarbeston Road.