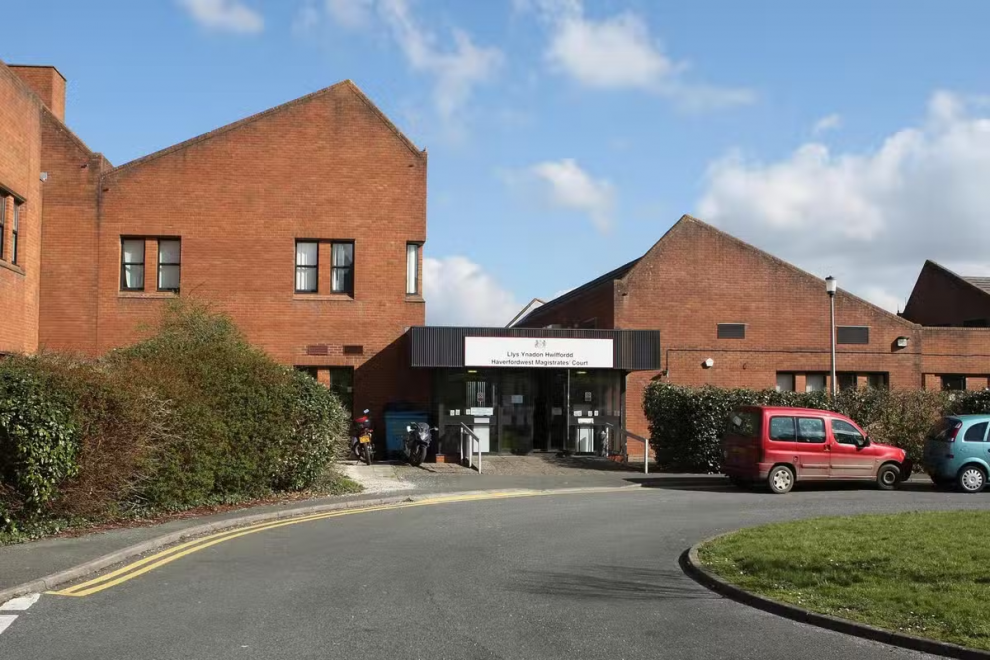 A Haverfordwest man was found guilty of putting his hands inside a young woman’s underwear while she was sleeping, and as a result, he was added to the sex offender’s registry.

The woman, who cannot be named for legal reasons, said in a victim impact statement that was read before Haverfordwest magistrates court this morning, Wednesday, December 21. She explained how Christopher Harris, 59,’s actions are currently impacting her life.

“The thought of that happening to me has disgusted me,” she said.

“And the thought if him doing this to me is causing me to feel anxious throughout the day. I lock myself away as I worry that someone could even think about doing this to me without my consent.”

The incident happened on November 27, 2020, when Harris, of Bethany Row, Haverfordwest, got involved with the two victims while they were out having fun at a local bar.

“They were known to the defendant socially, but not particularly well,” said Crown Prosecutor Sian Vaughan. “The two women had been out drinking on a social evening, and this was when the defendant began dancing inappropriately with them.”

Ms. Vaughan continued by claiming that as he danced with the two women, he started touching their bottoms, legs, and breasts.

After that, the women returned to the defendant’s house.

“One of them went upstairs to go to bed, but she then came down to check on her friend who had a lot to drink and had almost passed out,” continued Sian Vaughan.

“This was when she saw the defendant putting his hands down her pants.”

He was represented in court by solicitor Mr Michael Keller who said his client has no recollection of what happened on the night in question.

“He doesn’t dispute it and is disgusted by his actions,” said Mr Kelleher.

He was placed on the sex offenders’ register and a five year restraining order was imposed, preventing him from contacting either of the victims.

He was ordered to pay a total of £3,000 compensation to the victims and must complete a 20-day rehabilitation activity requirement. He was also ordered to pay £85 costs and a £156 victim surcharge.

In light of a thorough probation assessment, magistrates gave Harris a six-month prison term with an 18-month suspension.

A five-year restraining order was issued prohibiting him from contacting either of the victims and added to the sex offenders’ register.

He was mandated to carry out a 20-day rehabilitation activity requirement as well as pay the victims a total of £3,000 in compensation. He was also told to pay £156 in victim surcharge and £85 in expenses.