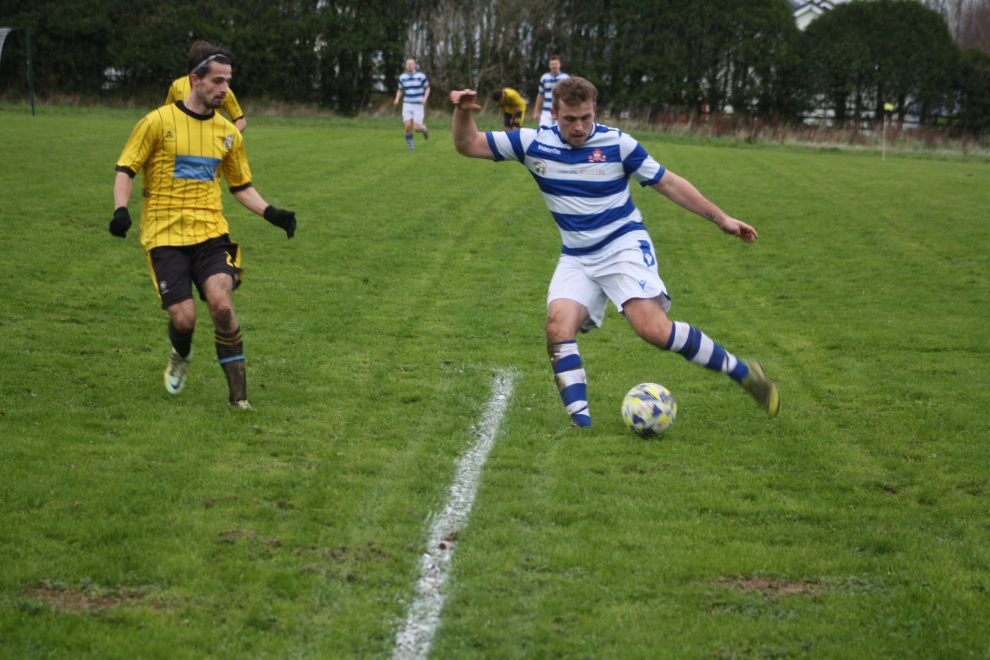 KILGETTY proved too strong for St Florence in the Senior Cup on Saturday (Nov 19) as they earned a 7-0 win.

Adam Johns scored the only goal of the first half for the Division 1 side but five minutes into the second half Lloyd Hughes scored to double his side’s lead.

Johns scored a second two minutes later and he completed his hat trick in the 64th minute to make it 4-0. He scored again eight minutes later to make it five to all but seal their passage into the next round.

With five minutes to go Josh Bevan beat off the challenge of a defender in the box and he squared for Henry Lawrence who tapped in.

Lawrence then tried his luck with a free kick but Saints keeper Matthew Lewis made a good save to push the ball round the post for a corner.

In the last minute of the 90, a free kick from the right was deflected and the ball looped into the box for Richard Cope who headed home to round off the scoring.

On Saturday, November 26, Kilgetty return to action in Division 1 as they visit Carew. St Florence’s next game sees them host Haverfordwest CC in Division 3.

Pennar hold off Milford to go through in Senior Cup
Senior Cup: Carew prove too strong for New Hedges & Saundersfoot