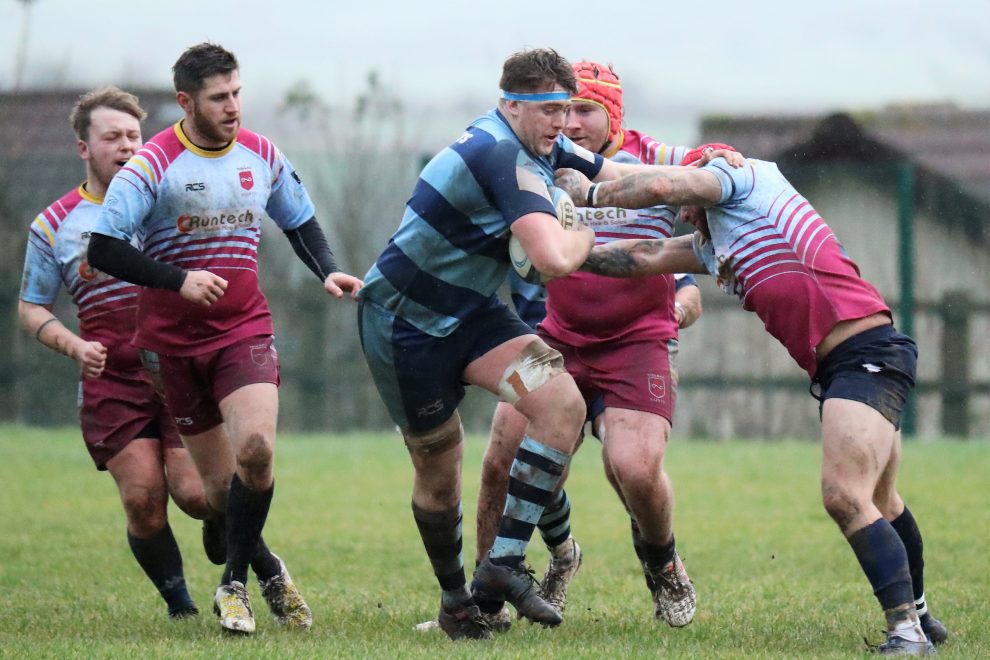 NARBERTH supporters were grateful that the Club had decided twelve months ago to invest in additional pitch drainage works otherwise Saturday’s match against Tata Steel would definitely have been called off.

Conditions were wet and muddy and in the first half the Otters played against a strong wind. However, the home team got off to a great start and within minutes a stray clearance kick from the visitors saw right wing Jordan Roberts collect the ball and break the initial defence. When tackled, the ball was spread wide to full back Nick Gale who made further ground and then passed to supporting centre Ilan Phillips who crossed for the first try (5-0).

Ten minutes later a lineout ‘take’ against the throw by Otters 2nd row Alex Jenkins saw the ball moved quickly to outside half Jonathan Rogers who chipped the ball over the advancing Tata centres. The ball was kicked on by centre Hedd Nicholas and collected by his co centre Ilan Phillips who dived over to score in the clubhouse corner. The try was converted by Gale (12-0). Five minutes later another overthrow at the lineout by the visitors gifted the Narberth backs the ball. A kick downfield was chased by young scrum half Ben Thomas and he tapped the ball over the line and dived on the ball to score the Otters third try which was again converted by Gale (19-0).

A persistent heavy downpour of rain and a strengthening wind then arrived to further deteriorate the conditions. Tata responded and for the next fifteen minutes they were encamped on the Narberth try line but great defence from the entire Otters team kept them out and there was no further score before half time.

Early in the second half Kyle Hamer replaced hooker Dan Smith, Lewys Gibby replaced scrum half Ben Thomas, Ianto Griffiths replaced the injured Hedd Nicholas in the centre, Dafydd Rotie replaced flanker Josh Hamer and Bradley Davies replaced prop George Rossiter who had made his debut for the Otters. The various changes took some time to settle the Narberth team and with Tata Steel playing with more gusto in the second period there was very little between the teams and no further points were scored for the next twenty minutes.

With the home supporters becoming a little restless it took a moment of magic from Lewys Gibby to break the deadlock. He scooped up the ball from a scrum about twenty metres out, dashed round the blindside and sprinted in for a great try wide out which Gale failed to convert (24-0).  This was the bonus point try that Narberth had been waiting for and it certainly seemed to open the floodgates.

With only ten minutes remaining, Narberth ran in a further three tries, two scored by centre Phillips and one by Nick Gale after a great run by flanker Caine Rees-Jones. Gale converted two of the tries to make the final score 43-0 in favour of the Otters. 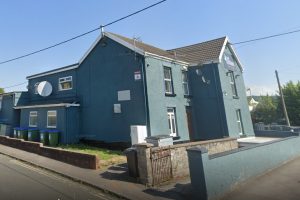