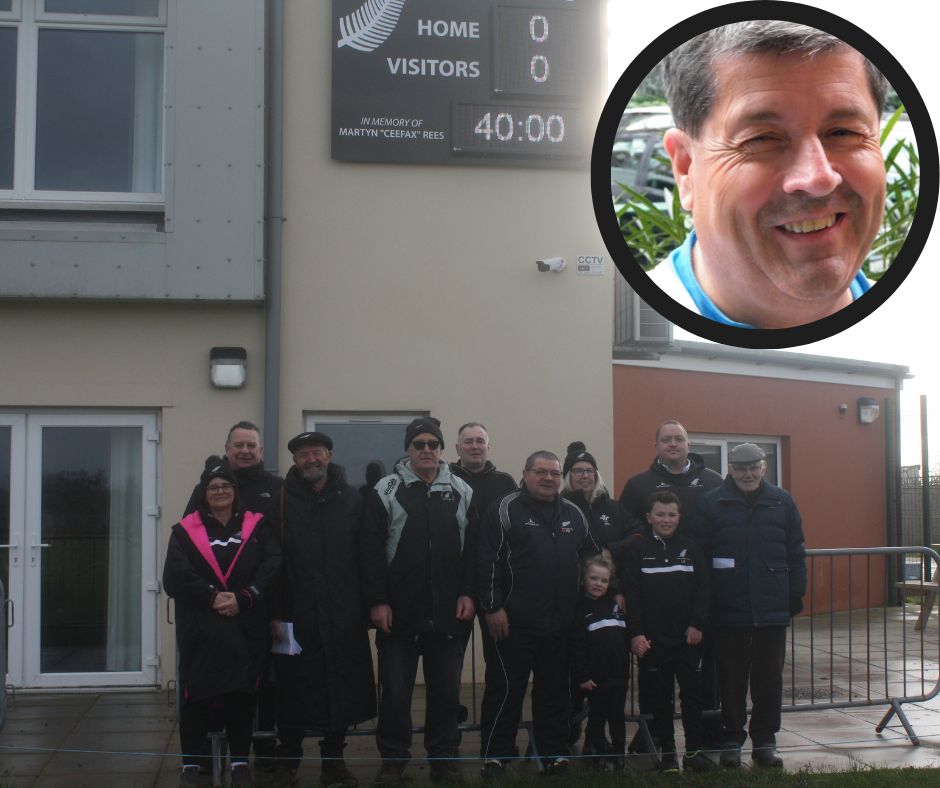 A NEW electronic scoreboard was unveiled at Neyland Rugby Club on Saturday (Jan 21) in memory of Martyn ‘Ceefax’ Rees.

The new board had its first use for Neyland’s League 3 West A game against old rivals Llangwm. It resulted in a 25-5 win for the Pembrokeshire All-Blacks, a win that ‘Ceefax’ would certainly have enjoyed.

A special programme was also made for the game, in which current and former Neyland players and coaches paid tribute to ‘Ceefax’.

Martyn is described as a ‘legend’, ‘wise’ and the ‘backbone’ of the club and it is hoped the scoreboard will be the first of a number of projects to be carried out.

The programme reads: “Today’s game marks a special occasion for the club as we remember a valued member of the Neyland RFC family, Mr Martyn ‘Ceefax’ Rees. Martyn was a long-serving member of the club as team manager, linseman and press officer, among other roles.

“We have put a scoreboard up with his name as a permanent reminder of this great man.”

First team coach Steve Evans said: “‘Ceefax’ will always live in the club’s memory as a true legend of Neyland RFC. His dedication to the team is something the like of which we will never see again. I feel proud to say he was my friend and the support he showed me as a player and in my coaching years is something I hold dear, even if I still disagree with some of his linseman calls.

“This scoreboard serves as great recognition of this truly unique gentleman and a permanent reminder of his involvement with Neyland.”

Neyland RFC Chairman Rob John said: “It is fitting to unveil our new electronic scoreboard in memory of Martyn ‘Ceefax’ Rees, who was a long-standing committee member of this club who sadly passed away a few years ago.

“It is due to his very legacy that we are able to dedicate this scoreboard to his memory.”

Current first ream manager Peter Davies added: “Martyn was a legend and hopefully the scoreboard is the start of a number of projects planned at our ground which will serve in his memory.

“I now undertake some of the roles he used to do with both rugby and cricket and whilst no one will ever fill his shoes, I can only aspire to do the roles to the best of my ability and do you proud ‘Ceefax’.