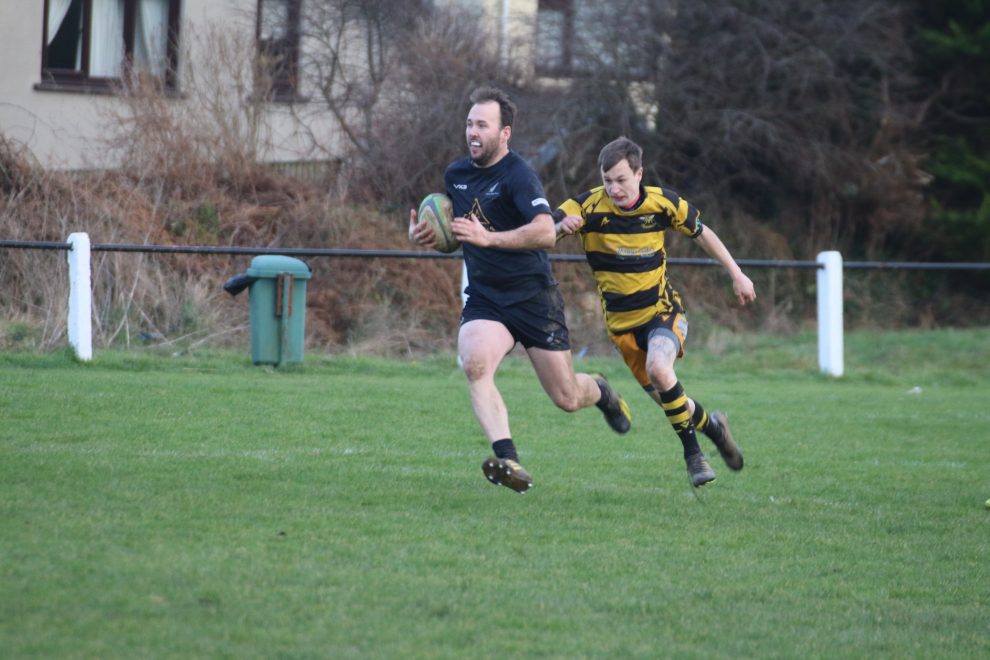 NEYLAND sealed victory over old rivals Llangwm on Saturday (Jan 21) as they earned a 25-5 win in League 3 West A.

The Sutton Cup is contested by the two teams and is awarded to the winner of the combined score over the two games. This was the first meeting of the two this season.

No.8 Ben Williams got Neyland’s first try but the conversion was missed.

They then earned a bonus point as Rothero went over for his second of the afternoon and the home side’s fourth. All conversions were missed but Neyland held a 20-0 lead at the break.

Some good defending early in the second half prevented the Pembrokeshire All Blacks from scoring again and the Wasps were soon rewarded with a try that went unconverted.

With 70 minutes gone, Neyland got their fifth try as Centre George Williams spotted a gap and he ran through to touch the ball down. The conversion was missed.

Neyland ended the game strongly and looked for another try. They thought they had it with the last play of the game but the ball was held up and the referee blew for full time.