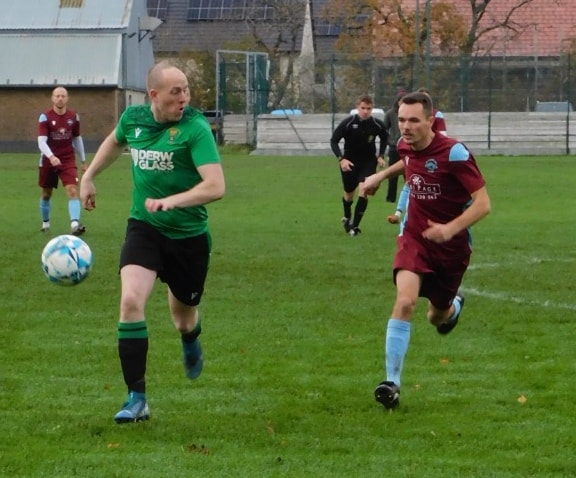 GOODWICK United and Camrose both booked their places in the third round of the Senior Cup on Saturday (Nov 19) following their respective wins.

Goodwick saw off the challenge of St Clears as they sealed a 4-2 win. Jordan Thomas and Adam Hawkins put Goodwick ahead early on with two goals in as many minutes.

Ten minutes later though the Saints were back in it as Jon Seeley scored. Nick Squire then levelled for the hosts on the hour mark and it was all to play for.

Goodwick went back ahead in the 70th minute through Rhys Dalling the win was secured in the last minute as Rhys Jones added the visitors’ fourth.

Camrose also went through as they beat Camrose 3-1. Scott Chalmers put Camrose ahead in the 34th minute and they held on to their lead until half time.

Six minutes into the second half Pendine were level as Justin Blewitt found the net. However, just two minutes later Camrose restored their lead thanks to Joe Haworth.

Sub Luke Eden then added Camrose’s third to give his side some breathing space and they were able to hold on for the win.